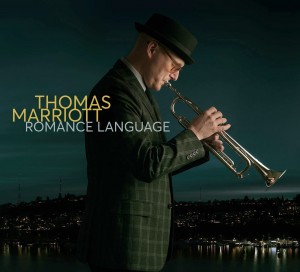 Thomas Marriott's trumpet sound is as lush and inviting as it comes.
DOWNBEAT

Thomas Marriott has, in a series of 10 beautifully executed and well received albums on Origin, more than proved his jazz credentials with formidable technique & fluency, celebration of the tradition and a deep joy of extemporaneous risk-taking. On this recording, however, Thomas strips things down to their essence, taking all he has accrued and employing it to delve deep into the heart, leaving us with only his beautiful sound and the truth of the stories being told. Wanting to create something beyond a jazz ballads album, Thomas and his producer, vibist Joe Locke, imagined something more operatic in nature, with each song resembling a free-standing aria. They teamed with pianist/composer Ryan Cohan to arrange and orchestrate this collection of ten classic & modern jazz compositions, popular tunes and several original works by Locke and Cohan, creating a sumptuous, glowing palette over which the melodies and solos can soar.

All About Jazz (Dan McClenaghan)
Trumpeter Thomas Marriott moved back to Seattle after the requisite New York stint, where he worked with Maynard Ferguson's Big Bop Nouveau band, the Chico O'Farrill Orchestra, and vibraphonist Joe Locke. Back on west coast home ground, he connected with the Seattle-based Origin Records, where he released ten top-notch albums as a leader, including ...

All About Jazz (Paul Rauch)
4 1/2 STARS Trumpeter Thomas Marriott has established his jazz credentials over the years through a collection of beautifully inspired and well received albums on the Origin Records label. His formidable chops, extensive vocabulary, respect for tradition and penchant for musical adventurism has put him into the conversation concerning the top prac ...

Midwest Record (Chris Spector)
Showing once again that his trumpet has one of the clearest, cleanest tones extant, Marriott fearlessly changes course again showing yet another facet to his interests and chops. A reminder of just how nice this can sound when played far from the maddening crowd, Marriott and producer Joe Locke raise their flag and ask ‘who needs majors?' if you ...

JazzDaGama (Raul da Gama)
In the recent history of music, the term "mainstream" when associated with playing in the style of Jazz has attracted somewhat negative connotations which, although sometimes justified, is probably just as well especially in the case of this Thomas Morgan recording entitled Romance Language. His music certainly prepares the way for something we mig ...

Jazz Journal (London) (Nigel Jarrett)
Jazz might be called the art of theme and variations, the art applying as much to the theme as the way a musician plays around with it. Everyone knows the themes, the tunes, whether written by a jazz composer/musician or someone working in a showbiz area considered not unadjacent. But rarely does anyone devote as much attention to the tune as unado ... 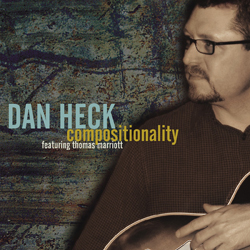