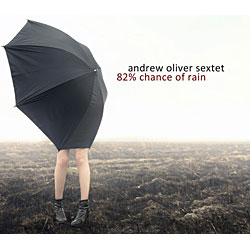 For a sophomore release, Andrew Oliver's merry band of Portland-area musicians gathered an incredibly wide mix of stylistic ideas. The album opens with simple post-bop wanderings that touch just slightly into the mainstream ideas of '70s jazz in the opening bars of "Inattentive Attendant" before building into a showcase of solos across the instruments. With the following "Public and Republic," however, the group moves into full-fledged rock fusion, with guitarist Dan Duval taking the lead in a fuzzed, distorted, extended electric riff that makes the endeavor sound like something from John McLaughlin's cutting-room floor for a bit. There are electric continuations in "Biannual/Biennial," along with some interesting horn movements between sax players Mary-Sue Tobin and Willie Matheis, a roundabout romp with divided sections of exploration (largely on Oliver's keyboards) in "Bolivar," and the first glimpse of the band's "theme song" in "Only a Quality Lime for Eric Gruber," a nice showcase for the horns again. The title track, a paean to Oregon's climate moves between twinkling lines and heavy guitar, is followed by "800 Turtles," which takes on a similar tone to the opening track, all orderliness and busy sounds. Something more introspective comes in the slower "I Am Yours," the only composition from Matheis on the album. With some interesting parallel lines among the two saxes and guitar, "Very Small Island" tries out some interesting ideas, and the album closes on another rendition of "Only a Quality Lime for Eric Gruber." The album shows off excellent playing from all parties throughout, an enjoyable listen. However, it also lurches from style to style, energy level to energy level. With the tone moving from chipper to heavy brooding in seeming seconds, the album is well performed, but not a casual listen.