Gordon Lee and the Gleeful Big Band - Flying Dream
by Dan McClenaghan, All About Jazz

With big bands, it's all about the arrangements. Those charts have to have that spark, as well as a depth and complexity. Then the solo slots -- those punctuating flights of improvisation -- have to soar, of course. They do here; they almost always do at this top level of musicianship; but it's the textures, the layerings, the eyebrow-raising counterpoints that make the set.

Dan Cavanagh makes his recording debut as a leader with this striking big-band date. One of the challenges young bandleaders face is tackling a program of original material with supporting musicians who also aren't widely known, but Cavanagh quickly makes it apparent that he not only writes challenging and interesting charts, but his superb players give their all in tackling them, while the leader takes relatively few solos for himself at the... read more

Pianist Rich Pellegrin, who attended graduate school at the University of Washington, is currently an assistant professor of music theory at the University of Florida. He has published extensive scholarship on such artists as Thelonious Monk, Robert Glasper, and Bill Evans and released five albums on Origin Records' OA2 imprint, his band featuring Seattle jazz stalwarts like Evan Flory-Barnes and Christopher Icasiano. During his time on the... read more 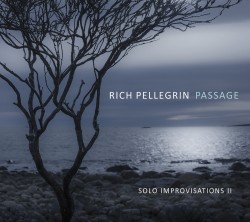 Fascinating release from the tentet led by drummer Paul Pellegrin and David Borgo... Strangely alluring music, where melodic fragments flourish in the soil of odd meters and cross-currents of rhythms. This is music that seems like it should keep people out of reach, but it's so terrifically compelling that it makes friends with great ease... This is like a late-sixties Inside/Out construction, but where the traditional "Inside" is replaced by... read more 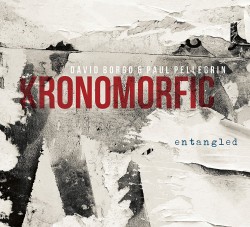 30 years ago a young vibraphonist dreamt of the Berklee College of Music and the school of Gary Burton. A few days ago he discovered the same vibraphone in the same studio on the BNR, where he recorded his demo for Berklee at the time. This time he brought with him another of his albums, with words of dedication writeen on the cover by this same Gary Burton. Does this mean the Errol has made his dreams come true?

The answers are not simple,... read more 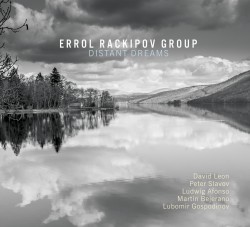 George Cotsirilos - On The Rebop
by Ric Bang, The Davis Enterprise

George Cotsirilos is relatively unknown outside the San Francisco jazz community. He plays guitar beautifully, with great phrasing and a genuine jazz feel.

"On the Rebop" features Cotsirilos' trio, which includes Robb Fisher (acoustic bass) and Ron Marabuto (drums). These two musicians also work primarily around the Bay Area, and actually are better known that Cotsirilos.

Bay Area guitarist George Cotsirilos has the kind of soft touch and effortlessly artful phrasing that other guitarists would kill for, and he also has a near-magical ability to improvise melodies that are simultaneously surprising and inevitable. This is unapologetically old-fashioned, straight-ahead jazz that nevertheless feels fresh and new, whether he's playing one of his fine originals or interpreting a standard like "The Way You Look... read more

With his perfectly round solo and chordal tone, Cotsirilos weaves a tight, swinging fabric that is fully integrated and readily digestible. Bop, beautifully performed. Sounds like it is straight out of Blue Note in the 60s, but all tracks are original, and there isn't a dull track amongst... read more

This is just a small collection of the OA2 Records reviews. Click here to view all reviews or try to Search for your favorite CD title.