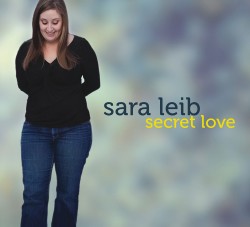 In 2003, when a 22-year-old Sara Leib made her recording debut with It's Not the Moon, she exhibited a tendency to favor style over substance, a not-uncommon pitfall among even the most gifted neophytes. All these years later the habit persists, though nowhere near as markedly. Leib's penchant for playing with time signatures makes for some intriguing choices, all propelled by an exceptional team of musicians including pianists Taylor Eigsti and Aaron Parks, bassist Harish Raghavan and drummer Eric Harland, plus saxophonist Dayna Stephens and percussionist Richie Barshay on select tracks. Cases in point: Leib alternates between 6/4 and 5/4 throughout "Night and Day," and jumps from 7/4 to 4/4 on "Someday My Prince Will Come." The technique is masterful, and strongly suggestive of Kate McGarry. But where McGarry navigates such interpretive boldness while always remaining true to a song's emotional center, Leib, at least on these two tracks (and a similarly afflicted "Ev'ry Time We Say Goodbye"), allows execution to overshadow effect.

However, across the nine remaining selections Leib's interpretations are exemplary. "It Might as Well Be Spring" positively combusts with desire; the title track becomes a joyous cascasde of freedom chimes; "The Thrill Is Gone" is a thundering nightmare of anguish; Dylan's "Make You Feel My Love" gently unfolds, Leib's slightly countrified reading evocative of Rickie Lee Jones; and, most arresting, the gossamer "So This Is Love" (from Disney's Cinderella) is reinvented as a passion-fired samba.

Other Reviews of
"Secret Love":

The Jazz Page by Darryl Daniels