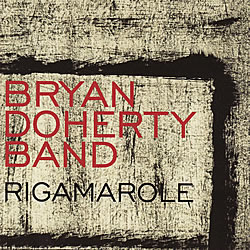 ...bends the bass into something rarely heard, but entirely worth the price
Adam Greenberg

For his debut album, bassist/composer Bryan Doherty assembles some of Chicago's finest musicians to perform an expansive array of original music. From the hard-hitting, rock-inspired "Corned Beef" to the slow and soulful "Baby Nostradamus," Doherty's band exhibits a versatility respected by jazz loyalists and groove fans alike. "Zigurat" layers a velvety guitar and saxophone melody over the strong foundation of bass and cajon before transitioning into a James Brown-esque funk in 6/4. Doherty gives a definitive nod to his influences - Jaco, Sly Stone, Herbie - as he charts a sophisticated and inspired direction for his music. Rigamarole features guitarist John McLean.

All Music Guide (Adam Greenberg)
Bassist Bryan Doherty's debut album opens with a bass groove vaguely reminiscent of something Jaco Pastorius might have done in Weather Report. Over the top of this, what sounds like a couple of horns (though there's only one sax player) lay out a thick melodic line that eventually moves into a groove. This is the pattern for much of the album -- g ...

Jazzreview (Thomas R. Erdmann)
Chicago-based bassist Bryan Doherty makes his debut on Origin Records with Rigamarole. The recording, while containing a number of different styles of music all strongly reminiscent of music from other bandleaders ("Zigurat," for example, would not be out of place paired with the milder music recorded by Chick Corea's Return To Forever band), does ...

Cadence (Jim Santella)
Rigamarole features electric bass, keyboards, and the swirls of the guitar with saxophone where the melody remains dominant and the band's focus gets rolled up into a contemporary Jazz bag. Bryan Doherty's music has been described as Quiet Storm and contemporary Fusion; however, both terms have become extinct over the years and have seldom been me ... 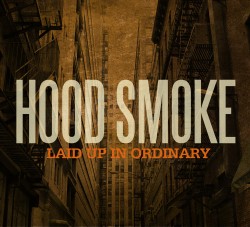