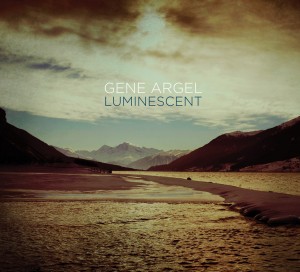 If a lifetime of soulfulness, joy and good karma could be distilled into a single recording, it would sound exactly like this.
- Tom Stevens, Maui News

A Tacoma native, pianist Gene Argel left the Northwest in his early 20s to gig in Las Vegas, Los Angeles and points west, including the island of Maui, where he's lived since 1982. In this big-hearted outing, Gene returned to Seattle to join old friends for his recording debut as a leader. They create music that is joyful, soulful and funky, as heard on Jay Thomas' "Baby Gator," two beautiful tunes from his long time Maui collaborator, guitarist Shiro Mori, and compositions inspired by Gene's family heritage - "Annette," for Metlakatla, a Tsimpshian community in British Columbia, and "Haida Welcome Song," Gene's arrangement of an age-old chant. A beloved figure in Hawaiian Island and Northwest music communities for four decades, this debut is a long time coming.

Midwest Record (Chris Spector)
Hey, don’t run for the hills just because the piano man has added a cover of “People” to his set card, it’s alright. Returning home to Seattle from Hawaii to meet up in the studio with some old pals gives him the indulgence to do something like that. His sax man brings a Paul Winter, good karma feeling to the proceedings that gives the ea ...

Jazz Society of Oregon (Tree Palmedo)
Four decades into his career, Gene Argel has finally dropped his debut album. Recorded with some of Seattle's finest players, Luminescent is a bridging of Argel's original home -- he grew up in Tacoma -- and his adopted one, the island of Maui, where Argel has lived since 1982. There's a lot of catching up to do, and the album does its best to c ...

Improvijazzation Nation (Rotcod Zzaj)
Gene's piano work on this quartet outing is full of life and joy, yet he does it without a touch of embellishment… pieces like the opener, "Annette", will make you introspective, but you'll come away with a touch of nostalgia for music that could have been (if only you'd listened to the piano teacher - lol… talking to myself there). Gene is jo ...

Amazon (Jon K)
Gene Argel's Luminescent has a core of warmth and understatement that I find so appealing. Argel has picked a stellar group of musicians to join him. Jay Thomas' long-toned, tenor saxophone melodic expressions are always rich and expansive. Chuck Deardorf, bass, and Mark Ivester, drums, are much to be admired, providing an integrated tapestry of su ...