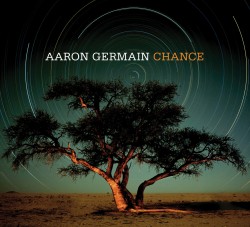 Californian Allison Adams Tucker is far from the first artist to parlay an album-length playlist into an around-the-world travelogue. But she comes by the concept more honestly than most, having circled the globe multiple times, performing everywhere from Tuscany to Tokyo, all the while developing credible fluency in six languages. Nor has her musical maturation been strictly linguistic. She began singing at age 5, in her native San Diego, and traversed everything from country to punk, Elizabethan madrigals to radio jingles, before settling on jazz a decade ago.

Together they venture far and wide, touching down everywhere from France ("Sous le ciel de Paris") to Brazil (Jobim's "Águas de Março") to Iceland (the Björk title track). Along the way, Adams and Pierson consistently make smart, interesting choices: "When in Rome," uniquely propelled by Lubambo's Spanish guitar; Pat Metheny's "Better Days Ahead," wordlessly floated atop an Afro-Caribbean arrangement; and, most inspired, a dark, manic swirl through "Pure Imagination."

Other Reviews of
"Chance":

All About Jazz by Ian Patterson