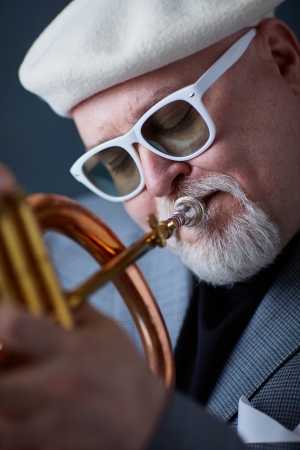 Dmitri Matheny is a jazz treasure. The lyrical Matheny has impressive chops, but it's his warmth and soulfulness that win you over.
All Music Guide

Celebrated for his warm tone, soaring lyricism and masterful technique, American musician Dmitri Matheny has been lauded as "one of the most emotionally expressive improvisers of his generation" (International Review of Music).

First introduced to jazz audiences in the 1990s as the protégé of Art Farmer, Matheny has matured into "one of the jazz world's most talented horn players" (San Francisco Chronicle).

Born on Christmas Day, 1965 in in Nashville,Tennessee, Dmitri was raised in Georgia and Arizona. Attracted to his father's collection of jazz and classical LP records, Dmitri began piano lessons at age 5, switched to the trumpet at age 9, and took up the flugelhorn at 18.

After private studies with Carmine Caruso in New York City, Matheny became the protégé of the legendary Art Farmer, a formative relationship that lasted over a decade.

Farmer, "the bebop master who defined the sound of the flugelhorn in modern jazz" (All Music Guide), was Matheny's public champion and private mentor. Generously sharing his wisdom, experience and influence, it was Farmer who encouraged Dmitri to devote himself exclusively to the "Big Horn."

Under Farmer's tutelage Matheny emerged as a promising new voice in jazz."Art Farmer's role in the early success of Dmitri Matheny cannot be overstated," observed writer and historian Phil Elwood. "Without Art, there could be no Dmitri."

At 29, after launching a busy recording career on the West Coast, Matheny made his New York debut at the Weill Recital Hall at Carnegie Hall, then began touring internationally.

Today, Dmitri leads the Dmitri Matheny Group, "an all-star jazz band featuring some of the most accomplished musicians in the western United States" (All About Jazz).

Matheny has toured extensively throughout the United States, Europe and Asia. He has traveled to 21 countries and has performed with many Motown and popular music acts including the Temptations, Martha Reeves, Fabian, the Four Tops, Bobby Vinton, Sandy Patty, Bobby Rydell, Frankie Avalon and the O'Jays.

Throughout his professional career as a concert and recording artist, Dmitri Matheny has distinguished himself as a dedicated educator, community leader and advocate for jazz and the arts.

Matheny presents clinics, lectures, master classes and workshops at leading universities and conservatories, and is gratified to have staged more than 500 free, curriculum-based concerts for kids, introducing over 50,000 school children to jazz.

Matheny has held teaching faculty and management positions with the Boston Center for the Arts, California Jazz Conservatory, San Francisco Museum of Modern Art, Chabot Space and Science Center, Monarch Records and the Stanford Jazz Workshop. He has served as Director of Education, Director of Development and Director of Corporate Sponsorships for SFJAZZ, the largest nonprofit jazz presenter on the west coast, as Assistant Education Director for the Thelonious Monk Institute Jazz Colony at Jazz Aspen Snowmass, and as Artist-In-Residence at several universities and conservatories.

Matheny is past president of the Berklee College of Music Alumni Association, a former governor of the National Academy of Recording Arts and Sciences, and a former trustee of the San Francisco Jazz Organization. His volunteer service to the field includes frequent participation in music industry conferences, symposia and grant-making initiatives. Past and current affiliations include the International Association for Jazz Education, Association of Performing Arts Presenters, Western Arts Alliance, California Arts Council, National Endowment for the Arts, Chamber Music America and National Jazz Service Organization. 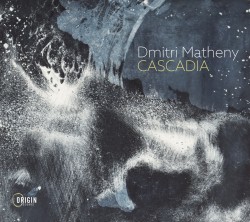