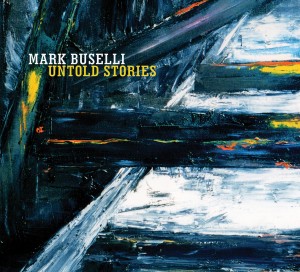 A combination of Miles, Art Farmer, and so many other bop greats, Buselli gives us no choice but to be held spellbound.
-Jazz Review

After eight releases with his Jazz Orchestra, and a stellar duo recording with pianist Claude Sifferlen, Indianapolis trumpeter Mark Buselli turns to his quintet for a wide-ranging set of six originals plus a new take on Ellington's "Angelica." Featuring saxophonist Danny Walsh, pianist Steve Allee, Jeremy Allen on bass and Steve Houghton on drums, the dynamic group's years-built rapport shines through on this swinging collection.

Midwest Record (Chris Spector)
The unique thing this trumpeter brings to the bandstand is that he sounds like he could have been a student of Miles but he isn’t trying to ape Miles. What a cool fine line to be able to tread. One of those cats with a day job as an educator that doesn’t let the classroom interfere with his ability to swing, this is a sweet, straight ahead listen ...

Jazz Weekly (George W. Harris)
Ah! The hard bop quintet! The apotheosis of modern jazz is well represented here under the hands of leader/trumpeter Mark Buselli and his team of Danny Walsh/sax, Steve Allee/p, Jeremy/b and Steve Houghton/dr. The tunes are composed by either Allee or Buselli, sans a nifty reading of the rarely heard Ellington piece “Angelica.” Allee’s pieces such ...

Jazz Scan (Ric Bang)
For several years now, "jazz" has become an increasingly misused term. If you look it up in a dictionary, or Google it, you'll note that every definition includes words like improvisation, syncopation, rhythm, beat and other terms that describe an American art form dating back to the early 20th century. There are, many genres of jazz: Dixieland, st ...

Jazzploration! (DJ Kendo)
In a word: pleasant! Don't be fooled by the artwork - it isn't professor jazz and it's not boring straight-ahead, either. Very good players tackle very good, positive music. The opening title track has appealing melody and solos. Pianist Steve Allee's "Slider" could be right off of a 1965 Lee Morgan album. There's nothing wrong with that ...