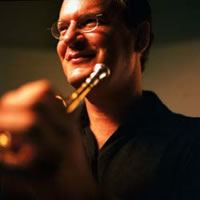 Mark Buselli is Director of Jazz Studies at Ball State University in Indiana.

Buselli's awards include a 2010-11 BSU College of Fine Arts Dean's Creative Arts Award, a Creative Renewal grant from the Indianapolis Arts Counci in 2005, a teacher of the year award in 2004 at Butler University, a Creative Vision award from NUVO in May of 2007, a top ten CD release of 2009 (Dec 09) in JAZZIZ magazine for "An Old Soul," and a top 100 CD of the decade (Jan 10) in Downbeat magazine for the Buselli/Wallarab release of "Basically Baker"

Buselli has over forty arrangements published for big bands, brass ensemble, and piano/trumpet. He has nine recordings out as a leader on the Owlstudios and OA2 record labels.

As a writer Mr. Buselli has been commissioned by Hendrick Muerkins, the American Pianists Association, The Indianapolis Brass ensemble and Western Michigan University.

Buselli currently serves as Education Director of the Buselli-Wallerab Jazz Orchestra in Indianapolis where he has created numerous educational opportunities for over six thousand students. He is sponsored as an endorsing performing artist by Conn-Selmer, Inc.

Mr. Buselli graduated from Berklee School of music in Boston and received his MM in Jazz studies from Indiana University. While at Indiana he was awarded a Performers Certificate. 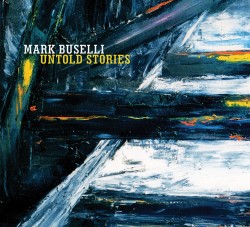