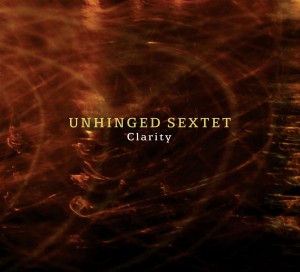 Kocour, a brilliant pianist and composer...Sparkling ideas fly from his fingers making harmonic sophistication the order of the day.
- Marian McPartland

Six performers and composers, all with stellar resumes but based in far-reaching corners of the country, were originally drawn together through long-standing mutual associations. The eventual desire to see how their collective musical concepts would gel compelled them to gather in Arizona for several days of workshopping and recording the twelve originals on this debut album. Their resulting group dynamic shines. "Campbell constructs solos of breathtaking resonance." - All About Jazz

Midwest Record (Chris Spector)
A bunch of musical pals that have scattered to the four winds reconvene in Phoenix to bake up some fun over last 4th of July weekend. The results are the kind of thing you get when everyone has everyone else's back, nobody's looking to smash mouth any of the others and nobody is telling them what they can and can't do. A progressively swinging bi ...

Jazz Society of Oregon (George Fendel)
Here are six players representing five universities spanning the country. How they ever came together to record as a group might be a good story in itself. The 12 originals here were all contributed by the players themselves, so there is a variety in tempo and melodic ideas. If anything, the album has a passionate Blue Note quality to it, although ...

All About Jazz (Mark Sullivan)
Unhinged Sextet sounds like many things—for example: swinging, cohesive, hot—but "unhinged" is not one of them. The group is a collaborative brought together by long-standing mutual associations, but they had never played together until gathering in Arizona to rehearse and record this album. Clearly their belief that they would work well toge ...

All About Jazz (Edward Blanco)
4 1/2 STARS The debut recording from one of the most exciting new groups around, Clarity documents a boppish session of straight ahead traditional jazz delivered by the Unhinged Sextet, a well-seasoned cast of players from all corners of the country who have joined forces for this dynamic recording. Led by pianist Michael Kocour, Director of Jazz ...

Jazz Weekly (George W. Harris)
The gents Will Campbell/as, Matt Olson/ts, Vern Sielert/tp, Michael Cocour/p, Jon Hamar/b and Dom Moio/dr add to the hard bop tradition on this collection of originals. The rhythm team shows its ability to crate some frenetic grooves as on "Unhinged" and the bopping "Squiggles" while Hamar's bass lopes on "Scout, No Doubt" and serves up an impressi ...

Chicago Jazz Magazine (Hrayr Attarian)
Despite its name, the Unhinged Sextet plays solidly bop-based and accessible music. At least that's what it does on its engaging and delectable debut Clarity. The elements that make this album stand out of the crowd of mainstream releases are the memorable compositions and the smooth synergy among the members of this collaborative group. The latte ...

Jazz Scan (Ric Bang)
In the beginning, jazz was a "blue-collar" profession. Most artists hadn't earned more than a high school education; some went on the road without even that degree, although many continued studies after completing their early careers. That isn't the case today; artist biographies often contain references to colleges and universities that offer adva ...

Improvijazzation Nation (Rotcod Zzaj)
What a fantastic jazz album to close out this issue with… the energy levels are far beyond the pale, as pianist Michael Kocour leads the talented sextet into jazz that just won't stop! On tunes like the opener, "Unhinged", you'll find yourself trying to (mentally) direct the sextet via your tapping toes - I'll tell ya', this is some of the best ...