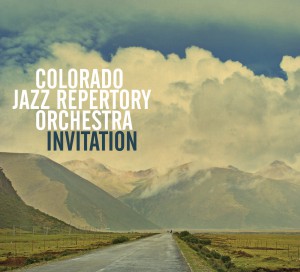 ...an accomplished, high water mark kind of date that shows what happens when you corral the crème of the crop and let them play their hearts out...
Chris Spector, Midwest Record

Saxophonist Art Bouton kept it simple in 2011 when he founded the Colorado Jazz Repertory Orchestra: perform the best music with the best players. With Denver's powerful base of world-class jazz musicians, it hasn't taken long for the band to establish itself as a cultural institution in the region along with being a vital partner to educational outreach programs. For their debut recording, band members Wil Swindler, Steve Weist, and Paul McKee contribute arrangements of a wide range of classics along with the original opening track "Hopscotch" by Wil Swindler. With top-flight performers including Greg Gisbert, Al Hood, Bijoux Barbosa, and Eric Gunnison, an aggresive programming schedule, and a supportive arts community backing them, this CJRO debut portends an auspicious future.

Midwest Record (Chris Spector)
From an idea to an institution in half a dozen short years, this region big band's debut is an accomplished, high water mark kind of date that shows what happens when you corral the crème of the crop and let them play their hearts out in their own way. A totally right on date that is in the tradition without sounding dated, they breathe new life ...

Cadence (Robert Rusch)
Invitation is a recording made over two days [August 16th&17th, 2016]. Colorado (the Denver area in particular) is loaded with world class jazz artists, and that's been building for the past 40 years. It feels like we've reached the point where artists no longer feel they have to flee to the coasts to have their work legitimized by the media and re ...