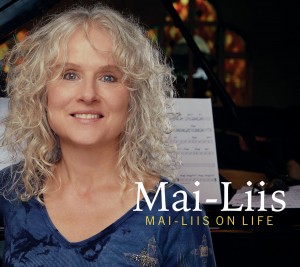 Mai-Liis has an ability to take life experiences familiar to all and tell them in a musically fresh and honest way, resulting in uniquely crafted songs brought to life by a great set of players.
Greta Matassa

With many years working between Seattle & Vancouver, BC as a performer, sommelier, and equestrian, it was through her return to writing over the last 4 years that inspired Mai-Liis ('My-Lease') in discovering her broader voice. Working with Seattle pianist & arranger, Darin Clendenin, her words found their musical context, and with the production help of her friend and mentor, jazz vocalist Greta Matassa, Mai-Liis now presents her debut as a songwriter and vocalist. With her lyrics and voice offering an honesty and intimacy to life experiences, her songs, such as the grooving "Distance Man," the haunting bolero-esque ballad "Fait Accompli," or the blues, "Carnage in Your Wake (A Love Song)," all create worlds that are readily identifiable and relatable. Featured on Mai-Liis On Life are trumpeter Charlie Porter, saxophonist Cory Weeds, guitarist Brian Monroney, and the rhythm section of  Clendenin, bassist Clipper Anderson and drummer Mark Ivester.

Reviews of Mai-Liis On Life

Midwest Record (Chris Spector)
If Elizabeth Gilbert wanted to be a jazzbo, the results might have been something like what we have here. Coming into her own after years of stops and starts, Mai-Liis isn't a thrush or a cabaret type mainly using jazz to give her voice a voice. It's jazz for women of a certain age that want to hear a voice that knows what they are thinking. ...

Jazz'halo (Belgium) (Georges Tonla Briquet)
Female singer-songwriters and jazz, they are quickly settled on the basis of comparisons to Joni Mitchell and Norah Jones. The Canadian Mai-Liis is one of the few to pass the test. On her debut she navigates perfectly between these two worlds. She wrote the lyrics herself, for the music she hired pianist Darin Clendenin. A winning combination (" ...

Jazz Weekly (George W Harris)
Vocalist and lyricist Mai-Liss delivers reflections on her experiences supported by a core of Darin Clendenin/p, Clipper Anderson/b and Mark Ivester/dr along with guests Brian Monroney/g, Charlie Porter/tp, Cory Weeds/as-ts and David Lange/acc. Mai-Liis has a world wise breathy tone to her voice, stark with her vibrato with Clendenin on "Sister Chi ...