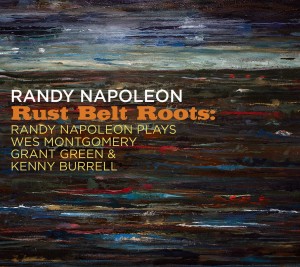 Guitarist Randy Napoleon cut his teeth in the clubs of Detroit and throughout the midwest in the mid-nineties, only realizing after his move to New York how much his musical identity and values were forged by that scene. The jazz masters that still populate the region swing with uncompromising commitment, deeply steeped in the Blues and the language of Bebop. His years touring and recording with Freddie Cole, Benny Green, Michael Bublé and the Clayton Hamilton Orchestra only solidified his own position in that rich legacy, and with Rust Belt Roots, anchors that position through this celebration of the musical voices who led his way. With two quartets of mentors and now long-time colleagues - Rodney Whitaker, Rick Roe, Sean Dobbins, Paul Keller, Xavier Davis and Quincy Davis - Napoleon brings together the spirit and tunes of a region, offering another chapter to a story that's still being written.

Midwest Record (Chris Spector)
Tipping the cap to the sounds he loved growing up--the guitars of Montgomery, Green and Burrell as heard from his perch in Detroit, Napoleon has paid too may dues to manqué it up now. Ignoring the jazz police who thought this bunch was too commercial and didn't always give them the proper respect, Napoleon just lets fly. Even at the easiest mome ...

All About Jazz (Jack Bowers)
4-STARS One's response to jazz—indeed, to music of any kind—most often depends on where he or she is coming from. To erase any doubts about where he is coming from, guitarist Randy Napoleon has subtitled his album, Rust Belt Roots, "Plays Wes Montgomery, Grant Green and Kenny Burrell." This is music born of a Midwestern ethos: Indianapolis (Mo ...

Take Effect (Tom Haugen)
Randy Napoleon knows his way around a guitar, and here with Xavier Davis, Rodney Whitaker, Quincy Davis, Rick Roe, Paul Keller and Sean Dobbins they interpret songs by Wes Montgomery, Grant Green and Kenny Burrell, among others, and there's even a few originals present, too. Wes Montgomery's "S.O.S." starts the listen with quick and meticulous ...

Jazz Weekly (George W Harris)
RINGER OF THE WEEK Randy Napoleon is best known as the guitarist for the late great Freddie Cole. Since then, he's embarked on a solo career that is rooted deep in the tradition of classic sounding six stringers like Wes Montgomery, Kenny Burrell and Grant Green, the three Mount Rushmore gents that are given tribute on this sublimely swinging albu ...

City Pulse (Lansing) (Lawrence Cosentino)
Guitarist Randy Napoleon wanted his latest album, "Rust Belt Roots," to conjure up a world before the Internet and satellite radio, when each region of the country had its own jazz sound. Close your eyes and you feel the pulse of Midwest dynamism — breezing along on the freeway, taking in the glimmering lights of a steel plant or an oil refinery, ...

SEMJA (Michigan) (Linda Yohn)
In any endeavor — business, education, the arts — the teacher-student relationship is critical for growth of new talent and skills. The mentor-mentee relationship takes the educational and growth commitment to a higher level. In the two recordings Rust Belt Roots by Randy Napoleon and Each Step by Nathan Borton, you hear the living mentor-mente ... 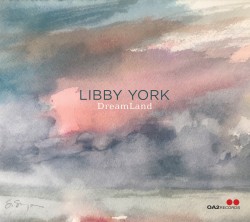