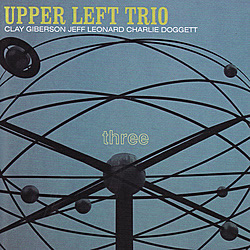 ...one of the more articulate and thoughtful new trios to emerge in the mainstream in the 21st century.
-All About Jazz

The Portland-based trio's third release further establishes them as a group to watch in coming years. With a deep musical connection, the trio explores through-composed lyrical originals letting the mood and intensity develop organically, always with a strong rhythmic foundation. Though referencing rock, pop and R&B influences, Upper Left Trio's music is still firmly rooted in the jazz of Keith Jarrett, Bill Evans and Chick Corea. From quiet, introspective ballads to their rhythmically romping anthems, they always sound like themselves. "...the music is fresh and simply stated. Being a fan of both E.S.T. and the Bad Plus, I enjoyed unpacking each tune..." -Radioio.

Recorded and mixed by BOB STARK at
Kung Fu Bakery, Portland OR
March 7-9 and May 9-11, 2007
Mastered by DAVID GLASSER
Produced by STEVEN CANTOR with UL3
Cover design by JOHN BISHOP

All About Jazz.com (John Barron)
Occasionally, in the midst of media-hyped young lions re-creating and staking claim to past innovations, a jazz recording will emerge that nurtures the essence of tradition with openness and candor. Such engaging qualities can be heard on Three, the third release from Portland, Oregon's Upper Left Trio, featuring pianist Clay Giberson, drummer Char ...

All Music Guide (Scott Yanow)
The Upper Left Trio is a tight piano-bass-drums trio whose interplay borders on the intuitive at times. Pianist Clay Giberson, bassist Jeff Leonard and drummer Charlie Doggett engage in the type of musical conversations that Bill Evans made famous in the 1960s even though they do not emulate Evans too closely. Their treatments of the group original ... 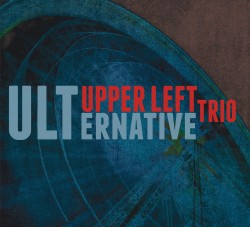