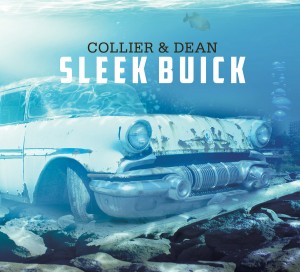 Joined at the hip (very hip) for four decades, they boast a passion for exploration and curiosity greater than Lewis and Clark's.
- JazzTimes

Midwest Record (Chris Spector)
Wouldn't you like to be able to say Don Grusin, Alex Acuna and Ernie Watts were your old pals? Wouldn't you like to have Allen Vizzutti and Gary Herbig in your Rolodex? This vibe/bass duo who've been at it for 40 years, since they were teens, can and does. Hip, creative but still accessible, everybody here is playing like they are having a g ...

Wondering Sound (Dave Sumner)
Real nice contemporary fusion recording, led out by vibraphonist Tom Collier, and also including some powerhouse names from the contemporary scene like Ernie Watts, Ted Poor, Alex Acuna and Don Grusin. Album starts out with a bluegrass ditty, with mandolinist Andy Leftwich spurring them on, then moves into more common territory. Songs have a nice m ...

Jazz Weekly (George W. Harris)
Here’s a fun loving disc from the Pacific Northwest. From Seattle, vibist Tom Collier and bassist Dan Dean bring together a varied and variegated collection of winsome and pulsating sounds that mix and match diverse instruments as dobro, ukulele, mandolin and fiddle as well as the normal collection of guitars, drums and reeds. Intricate yet sw ...