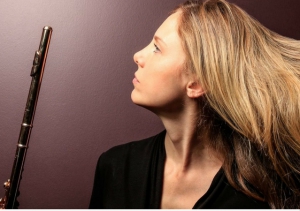 ...(Drummond's) fine technique is imbued with spirit and imagination.
- JazzTimes

Flutist, pianist, and composer Anne Drummond practices and teaches improvisational music. She has been performing internationally since 1997, and as of 2006, began writing for various chamber groups receiving critical acclamation in North America and Europe. Of late she performs frequently with her spirited sextet co-led with Lew Soloff. Drummond has a strong research interest in the cognitive neuroscience of music, particularly improvisation.

Currently she collaborates with researchers in cognitive neuroscience to study the effects of musical improvisation on the brain, and is interested in the biological basis of creativity and in relationship between music education and neuroplasticity.

Endorsed by Powell flutes, Drummond teaches master classes to aspiring flutists. Over the past seven years, she has served as adjunct faculty in composition at The New School, coached at Manhattan School of Music, adjudicated solo and ensemble competitions, and conducted seminars at the high school and college level. In June of 2013, Drummond was appointed at UTSA and joined the lab of Dr. Donald Robin at the research imaging institute in San Antonio. 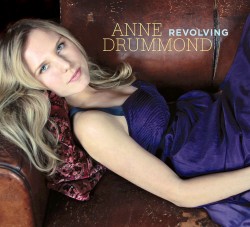