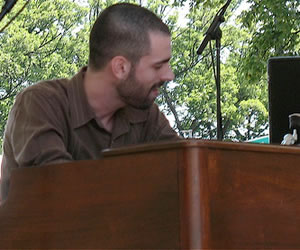 As one of Chicago's premiere Hammond B3 jazz organists, Pete Benson has been praised by renowned organ greats, Joey DeFrancesco and Chris Foreman. Many will recognize Pete as the organist in the late- night band Sabertooth, a long running staple at the legendary Green Mill Lounge. Led by saxophonists Pat Mallinger and Cameron Pfiffner, with Ted Sirota on drums, Sabertooth has been a long time after hours favorite for nearly 15 years.

Pete has made a name for himself as both leader and sideman and can be seen regularly at Chicago jazz hot spots: Andy's Jazz Club, Pete Miller's Steakhouse, The Pump Room, Pops for Champagne, among a variety of other venues.

Pete frequently plays with The Andrew Distel Quartet, The Skinny, Kyle Asche, Scott Burns, and Jeff Parker. Having performed with the Chicago Jazz Orchestra, Pete had the opportunity to give a concert with saxophonist, Phil Woods in 2006. He has also shared the bandstand with Von Freeman, Ira Sullivan, Joe Lovano and Roy Hargrove.

Besides working extensively in Chicago, Pete has performed for enthusiastic audiences across the United States and Europe. He is featured on recordings by Kyle Asche, Andrew Distel, The Mighty Blue Kings, and the Typhanie Monique/Neal Alger duo.

Born in Sycamore, Illinois, Pete developed a love for music at an early age. He began his studies at the age of eight after his family was given a piano by his grandfather, a designer for Wurlitzer. With the support of his family, Pete decided to pursue a career in music as a pianist and organist. Since then, he has been on the forefront of the Chicago jazz scene for almost 10 years. 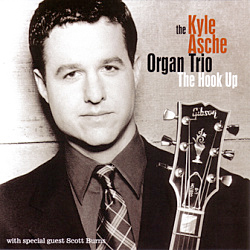