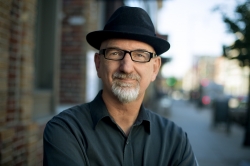 Jenkins never seems to run out of melodic ideas! The Organization follows his lead into new musical realms, while never losing touch with the rich history of the Hammond B3 in jazz.
- Kevin Lee, Dazzle Jazz, Denver

Jeff began his musical life in pastoral Nebraska City, Nebraska. He spent much of his youth riding bikes and perfecting the curve ball! He came to the piano through the guidance of his musical family, and quickly found that "playing by ear" proved to be perfect escape from an all too predictable small town reality.

Jeff spent the decade of the 80's in New York, where he studied with Richie Beirach, Kenny Barron, and Fred Hersch. While in the big apple, he played the off broadway hit "Little Shop of Horrors",
and toured with "The Who's Tommy" in the early nineties. He has appeared on dozens of CD's as a sideman, including Brad Goode's "Nature Boy", "Polytonal Dance Party", and "Chicago Red"

Jeff is currently teaching at the University of Colorado at Boulder, and for the Colorado Conservatory for the Jazz Arts. 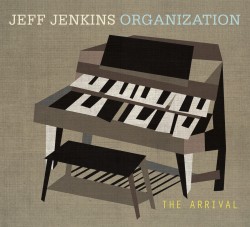