These two musicians play with and off of one another beautifully....it always sounds as though they're enjoying themselves, and when the band is in its element, in a more straightforward jazzy form, it can certainly cook.
All Music Guide

Without a bit of pretension but with a whole lot of swing, Paul West and Mark Brown, musical collaborators for over 25 years, take those years of performing and writing together to create an intimate and joyous album of great, new, American music. Switching off on piano, voice, and the occasional blues harp, they also bring along guests such as trombonist Bill Reichenbach and multi-instrumentalist Dave Raynor to shape a variety of music - from Hope & Crosby on the Road-type dialogues to the Lambert, Hendricks and Ross treatment of "Shout It", based on Dizzy's "Groovin' High."

Audiophile Audition (John Henry)
5-STARS Some great original tunes from the versatile Seattle duo... I've said before I'm not strongly into vocal music, but when a singer communicates a real personality and believability - even if not having a perfect voice - then I'm a fan. Mark Brown sounds to me like a cross between Bob Dorough and Dan Hicks, two of my favorites. But then c ...

All Music Guide (Adam Greenburg)
A nice set from Paul West and Mark Brown, a pair of Seattle musicians, Words & Music is composed primarily of original compositions from the pair with a couple of classic numbers slightly reworked (and given lyrics). A basic blues piece opens up the album, followed immediately by Dizzy's classic "Groovin' High," but with lyrics courtesy of West in ... 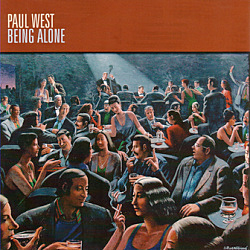 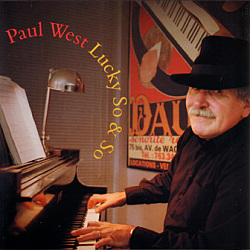