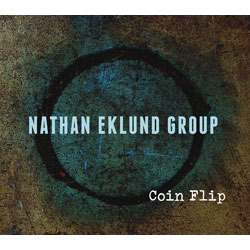 Eklund hammers home his credentials as a player and a composer emphatically.
- All About Jazz

All About Jazz (John Barron)
NewYork-based trumpeter/composer Nathan Eklund assembles a fiery, swinging quintet for Coin Flip, his fourth release as a leader and first for Seattle's OA2 Records. The nine track disc is as much a showcase for Eklund's convincing abilities as a composer and arranger as it is for his dynamic trumpet playing. Eklund demonstrates an immense trump ...

Jazz Chicago (Brad Walseth)
Trumpeter Nathan Eklund is back with his fourth release as a leader on Coin Flip another strong effort full of solid playing and swinging and melodic original compositions. He is reunited with saxophonist Craig Yaremko and joined by Fender Rhodes player Steve Myerson, bassist Kellen Harrison and drummer Shawn Baltazor. The music's somewhat retro fe ...

All Music Guide (Adam Greenberg)
As Nathan Eklund rolls through a set of original compositions with a strong band from the New York scene, the trumpeter's fourth album does a fine job of melding eras of jazz. While the compositions are all new, the playing suggests two time periods simultaneously ? the focus on technique of contemporary instrumental jazz, and the virtuosity and po ...

100 Greatest Jazz Albums (Ken Watkins)
Nathan Eklund Group's fourth album and debut for OA2 records features nine originals based on Nathgan Eklund compositions. Yet, as explained on their website: 'Although there is form and structure to every composition, the music is intended to give a great deal of interpretive responsibility and freedom to each member of the group. Through this ... 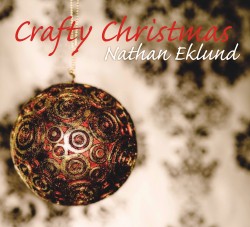