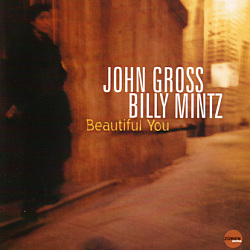 Longtime LA, now Portland-based, tenor saxophonist John Gross and New York drummer/composer Billy Mintz, two of the jazz world's most creative voices, collaborate on "Beautiful You," a compelling, moody set of originals by Mintz. After years of traveling with all manner of name big band, pop, jazz & bebop bands, Gross and Mintz have taken their experiences to develop extremely personal and unique approaches to their music. Mintz moved to Los Angeles in 1981 from his native New York where he recorded with Bill Perkins, Vinny Golia, Eddie Daniels and Bobby Shew, toured Europe with Charles Lloyd and was a member of Alan Broadbent's trio for 6 years. Gross went through the bands of Stan Kenton, Toshiko Akiyoshi, and Lionel Hampton before joining Shelly Manne in his famed L.A. club, the Manne Hole, for an extended gig that put him opposite all of the top names in jazz.

Reviews of Beautiful You

All About Jazz (Dan McClenaghan)
Beautiful You, featuring tenor saxophonist John Gross and drummer Billy Mintz, was recorded live at the Tugboat Brew Pub in Portland, Oregon, sound quality excellent. Remember just a few years back, in vinyl days, when live recordings meant murky sounds, bad mixes and distracting crowd noise. Well, not on this one. This live duo outing has a ringin ...

All Music Guide (Adam Greenburg)
Beautiful You is a surprising work of modern free jazz from Portland's John Gross on the tenor sax and LA transplant Billy Mintz on drums. The sound is a little sparse for the majority of the album, due largely to the fact that there are only two instruments involved, but also to the style of composition embraced here, with heavy use of empty space ...

Willamette Week (Tim Duroche)
Recorded live at the Tugboat Brewing Co., Beautiful You is a stunning document. Tenor saxophonist John Gross and New York-based drummer Billy Mintz-both veterans of the L.A. studios and big bands-are singular forces on their respective instruments. Truly a musician's musician, Gross is a coolly compelling player with an elevated sense of beauty and ... 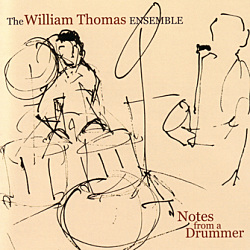