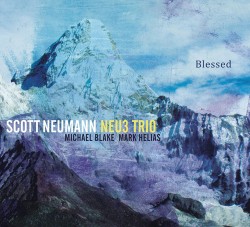 Drummer Scott Neumann hosts multi-reedist Michael Blake and bassist Mark Helias in nine compellingly free original compositions plus one well-selected Roswell Rudd piece. This recording is not without its Monk influence. "Keep Your Heart Right" is right out of the Monk rhythmic playbook via Roswell Rudd, with a theme that trips over itself while still remaining upright and heading in a swingtime direction. Blake's melodica gives "Garbanzo" a certain Middle Eastern/Far Eastern flavor, coupled with Neumann's polyrhythms (straight out of the Elvin Jones songbook.