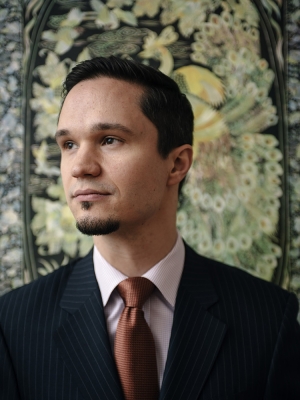 Originally from Philadelphia, Ben spent his younger years studying both classical and jazz music before moving to the great city of Chicago. There he spent years performing and working with the best musicians in town, absorbing the unique blend of Jazz and Blues that can only be found in the Windy City. Now based in New York for several years, Ben brings his unique talents and style to a wider audience, combining hard-swinging grooves and melodic improvisation with an impeccable touch.

Starting in 2005, Ben was honored to work as pianist for NEA jazz master Von Freeman, performing with him regularly until Von's passing in August 2012. Other notable collaborations include work with Bobby Broom, Johnny O'Neal, Red Holloway, Eldee Young, Jerry Weldon, and Guy King, to name a few. Notable performances include opening for acts such as B.B. King, Buddy Guy, and Steely Dan, the Montreal Jazz Festival, Chicago Jazz and Blues Festivals, shows in France, China, Belgium, Switzerland, Mexico, Sweden, and Taiwan, and bookings at premier Jazz venues including Jazz at Lincoln Center, The Rainbow Room, Smalls Jazz Club, Smoke Jazz, Mezzrow, The Jazz Showcase, The Green Mill and The Jazz Gallery to name a few.

Ben can now be seen leading his own piano and organ groups at clubs and festivals both around the U.S. and abroad, and is highly sought-after as a sideman to some of the best in the business.