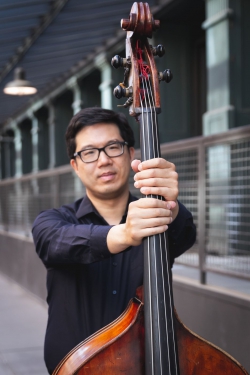 Bassist, composer, and educator Fumi Tomita was active in the New York jazz scene for over fifteen years, having performed with Sheila Jordan, Steve Davis, Christian Sands, Luis Perdomo, Dave Liebman, Jeff Coffin, Steve Wilson, Felipe Salles, and others. He has recorded two CDs under his name, "Untold", a set of original compositions, and "Impromptu", a piano trio set performing standards. His newest recording, "The Elephant Vanishes: Jazz Interpretations of the Short Stories of Haruki Murakami", will be released by Origin records in April 2019.

As a researcher, he has presented his work at the Jazz Education Network, BassEurope, Massachusetts Music Educators Association and the National Association for Music Education. His article on bassist Charlie Haden, "As Long As There's Music: Spirituality in Charlie Haden's Performancle and Solo on 'Irene'", is forthcoming in Jazz Perspectives. His book "The Jazz Rhythm Section" will be published by NAfME in conjunction with Rowman & Littlefield in March 2019. His other research interests include musical instrument technology and the history of jazz, early jazz bass history, and the music of Doug Hammond. He is currently the Assistant Professor of Jazz at the University of Massachusetts Amherst. 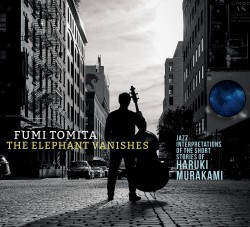