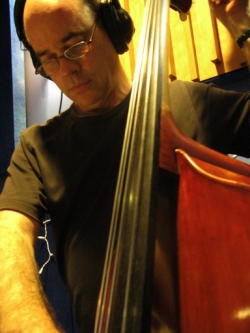 Tim Ferguson has been providing the foundation for Jazz groups in the New York City area for many years and has performed throughout the U.S. and Europe with a wide variety of well known jazz artists including: Don Friedman, Cecil Bridgewater, Vanessa Rubin, The Vanguard Jazz Orchestra, and Valery Ponomarev among others. He is also active with his own projects and can be heard regularly, performing live, on tour and at New York City's many jazz venues. His current projects include: The Tim Ferguson Quartet, The Tom Dempsey/Tim Ferguson Group, his trio Inside/Out with pianist Diane Moser and Trumpeter Rob Henke, and the cooperatively led piano trio Stevens, Siegel & Ferguson.

Ferguson can be heard on numerous recordings, most recently: the 2012 Grammy nominated "Beautiful Friendship"(Planet Arts Records) by The Tom Dempsey/Tim Ferguson Quartet"and "Six", the 2010 CD from Stevens, Siegel and Ferguson on Konnex records, his 2007 duo release "What's Going On" with guitarist Tom Dempsey, on City tone Records, "My Foolish Heart" with the Don Friedman Quartet, which he produced for the Steeplechase label and "Sensory Perception" with the Gary Fogel Trio, among many others.

Tim has also been involved with productions on Broadway, television and major motion pictures, acting as musical consultant for the feature film "Ray" starring Jamie Fox, appearing in two episodes of the television series "Spin City" starring Michael J. Fox and playing in the pit orchestras for various Broadway shows including "Dirty Rotten Scoundrels", "The Little Mermaid" and Martin Short's one man show "Fame Becomes Me".

An active writer and educator, Ferguson is author of "The Bass Line Encyclopedia" and co-author of "The Total Jazz Bassist", both published by Alfred. He is a jazz ensemble director at The Trinity School in New York, in addition to teaching privately. Ferguson has also been an adjunct instructor at New York University, The State University of New York at New Paltz, and Western Michigan University.

He lives with his his wife live in New York City. 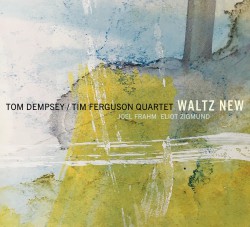