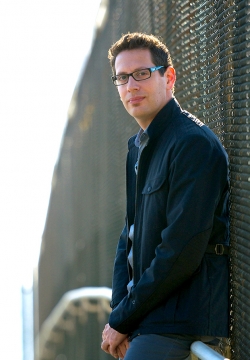 Levy is fearless as an arranger...
AUDIOPHILE AUDITION

Composer/Arranger/Orchestrator, Jeremy Levy has worked in nearly every medium in Los Angeles. As a composer, he recently wrote music for Magic the Gathering, Star Wars: Battlefront I and II, and Star Wars: The Old Republic - Knights of the Fallen Empire. As an orchestrator, he adds his musical touch to scores in film, television, and video games. Recent projects include Frozen 2, The Lego Movie 2: The Second Part, Ant-Man and the Wasp, Dunkirk, Hotel Transylvania 3, Spiderman (videogame), LEGO Ninjago, Godless, Trolls, The Peanuts Movie, Minions, Empire, and The Book of Life. As an arranger, he has written for the National Symphony Orchestra featuring Babyface and Common, The Metropole Orkest, the BBC Symphony Orchestra, Lindsey Stirling, Katharine KcPhee, and Matthew Morrison.

After receiving a Master's Degree from the University of Miami in composition, Levy headed to Los Angeles to pursue his career. He currently leads the Jeremy Levy Jazz Orchestra and just released his second jazz album on OA2 Records: "The Planets: Reimagined," a modern big band jazz reinterpretation of the famous classical suite by Gustav Holst.

Since 2007, Levy has co-lead the Budman/Levy Orchestra featuring LA's top musicians. His first album, "From There to Here" was released on OA2 records. in 2012.