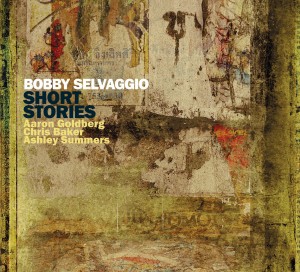 For his debut on Origin Records - his 7th album overall - the Cleveland-based alto saxophonist takes his top-flight quartet on an inspired ride through 9 of his original compositions. Impeccable and swinging, pianist Aaron Goldberg, bassist Ashley Summers and drummer Chris Baker provide spirited collaboration, helping to create a highly musical and timeless recording. "Selvaggio lets the influence of past greats like Cannonball and Phil Woods glow through his playing but also makes it quite clear that his own voice is creative and original." - All About Jazz NY.

Midwest Record (Chris Spector)
Here's a sax man making his label debut and he makes a point of bringing it throughout. While you might hear the echoes of your fave greats of the past pouring out of his powerful ax, there's no mistaking that Selvaggio has learned his lessons well and learned how to craft them into his own voice as well. Hard hitting, tasty stuff loaded with i ...

All About Jazz (Mark Corroto)
Like the Japanese calligraphy art know as enso, the condensed and succinct introduction alto saxophonist Bobby Selvaggio delivers on the track "Price Of Being (Intro)" is a disciplined stroke, delivered with an ease and elegance that belies the character and control required for such a statement. He works his instrument through this exercise with ...