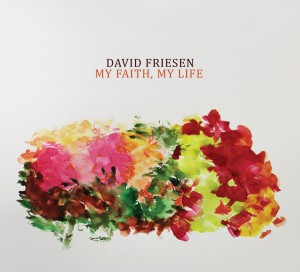 One of the most eminent exponents of the instrument, he maintains an astonishing level of virtuosity.
LOS ANGELES TIMES

As early as 1976, Nat Hentoff wrote: "Once in a great while, a musician emerges with such authority and such seemingly effortless originality that his place in the front ranks of his instrument is unquestioned." Hentoff was not speaking of promise or potential, but actual performance, and forty-two years later, with My Faith, My Life, bassist David Friesen has added immeasurably to his stature. With its two CD suites complementing each other so fully, it's an epochal achievement - a testament to the offers of faith, matched with a purposeful life. Disc One is a 13-piece solo performance on his Hemage Bass, which calls attention to the intimacy and immediacy of his compositions. The solo piano of Disc Two highlights Friesen's supple touch on an instrument he's not generally known for. Closing the set, the composition "My Faith, My Life" sums it all up: a credo, affirmation, reverence - lower register continuity laced with sublime melody: a hymn to the Source of all song, with a fitting Amen at the close.

All music composed and arranged by David Friesen

Reviews of My Faith, My Life

Midwest Record (Chris Spector)
Anyone up for a two disc tour de force from a contemporary master playing at the penultimate part of his game with so much yet to explore? One disc solo bass and one disc solo piano, Friesen makes a statement like never before as this instrumental music sails way past category showing what it really means to play your heart out. Simply masterful ...

Jazzenzo (The Netherlands) (Georges Tonla Briquet)
For his latest album 'My Faith, My Life,' the American bassist David Friesen takes the big picture. It is a solo suite divided over two CDs. On the first disc he plays bass, on the second piano. After more than four decades of being active and with an extensive discography to his name (about eighty recordings as sideman or under his own name), ...

Rifftides (Doug Ramsey)
Friesen's virtuosity brought him to prominence as a bassist nearly fifty years ago. He has remained one of the instrument's most adventurous players through a career including associations with Duke Jordan, Marian McPartland, John Handy, Denny Zeitlin, Paul Horn and other major jazz artists. This two-CD album presents him on the first disc playing ...

JazzdaGama (Raul da Gama)
Nervous systems go haywire when confronted with the gravitas of the bass violin displayed with majesty at the hands of a virtuoso albeit, in this instance, that instrument is genetically somewhat considerably re-engineered, proverbially speaking. The impact, delivered by David Friesen – the virtuoso in question –is, nevertheless, the same. But ... 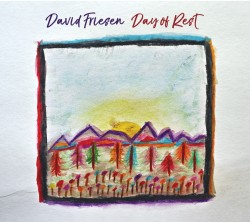 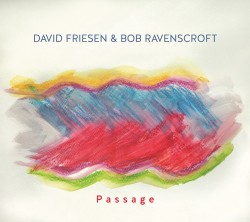 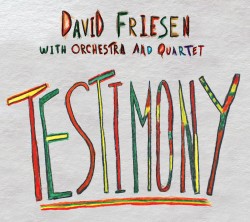