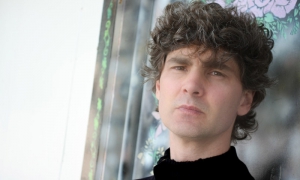 An industrious saxophonist and imaginative composer-arranger.
The New York Times

Saxophonist, composer, bandleader and Toronto native Andrew Rathbun has achieved a rare depth of lyricism, authoritative swing and compositional intelligence in nearly 20 years as a recording artist. His work is rooted in modern jazz but also deeply informed by classical composition — his recordings have included adaptations of Ravel, Mompou and Glück, among others. He has written big band commissions for the Danish Radio Jazz Orchestra, the Brussels Jazz Orchestra, the Metropole Orkest and other ensembles, and performed and composed commercial music for roughly 10 years as well.

Rathbun has also tackled political subjects with his large-ensemble work "Power Politics Suite" and his 2007 quintet session Affairs of State. His other recordings of note are Renderings (duo with pianist George Colligan), Days Before and After (co-led with drummer Owen Howard), Shadow Forms (featuring George Garzone), Where We Are Now (featuring Billy Hart), The Idea of North and Numbers & Letters.

Rathbun earned a Masters in Performance from Boston's New England Conservatory, where he studied with George Garzone, Jimmy Giuffre and George Russell. He became a fixture on the New York jazz scene during his years in Brooklyn, helping to shape the sound of the music in the new millennium as he earned a Doctorate in Jazz Arts from Manhattan School of Music. He is currently Professor of Saxophone and Jazz Studies at Western Michigan University in Kalamazoo, where he lives with his family. He continues to perform in New York and internationally.