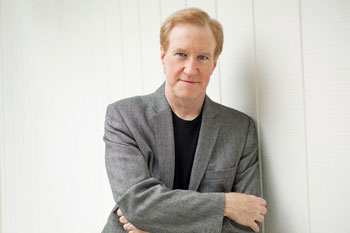 Dave Slonaker is a film and TV orchestrator, arranger, and composer. Film credits include orchestration for many popular films including Oz the Great and Powerful, Alice in Wonderland, Spider-Man, Air Force One and Night at the Museum. He has also orchestrated, arranged, and composed music for TV and animation including Jag, Murder She Wrote, and the Tiny Toons Adventures cartoon series. Equally at home as a jazz composer and arranger, Daveīs compositions and arrangements have been performed by Clark Terry, the Woody Herman and Count Basie Orchestras, as well as many other soloists and bands.

Dave grew up in Pittsburgh, Pennsylvania. Handed down a trombone by his father, he studied trombone and piano as a youth. Curious about classical, jazz, and popular styles of music, he was determined to study both classical and jazz composition and performance. He earned a Bachelor of Music Degree in Trombone and Composition at Indiana University, had advanced graduate study in composition at the University of Pennsylvania, and received a Masters Degree from the Eastman School of Music.

Dave has taught or given master classes at USC, the Eastman School of Music, the ASCAP Television & Film Scoring Workshop, and the Ravel Orchestral Study Group Los Angeles.