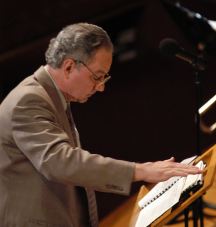 Knapp studied trumpet and composition at the University of Illinois. In 1977, he began an eight-year stint as director of the Composers And Improvisors Orchestra. This was a jazz chamber orchestra, created to present new work by members of the orchestra and by composers such as Carla Bley, Anthony Braxton, Bob Brookmeyer, Gil Evans, Dave Holland, Jim McNeely, Art Lande, Gary Peacock, Julian Priester, Sam Rivers and Cedar Walton. Resident in the Pacific Northwest, in 1995 he formed the Jim Knapp Orchestra. This band, which performed at clubs and festivals in the region and has recorded for Seabreeze and A-Records, drew its repertoire largely from Knapp's original compositions and arrangements. In the mid- and late 90s he could also be heard accompanying other artists, appearing, for example, with singer Jay Clayton. Knapp's next venture came in 1999 when he founded the Chamber Groove Orchestra, a large ensemble using regular big band instrumentation together with strings, voices and woodwinds. Knapp has also written music for theatre and dance companies. He is a skilled trumpeter although the chief focus of his talent appears to lie in his work as a composer and orchestrator of music of great lyrical
beauty. 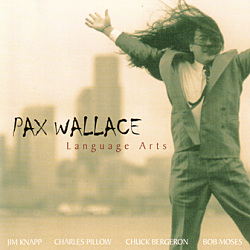