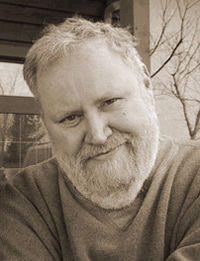 Phil Kelly...has once again assembled an all-star collection of sidemen and soloists who can sight-read and improvise from some of the most complex charts in all Jazzdom...unquestionably the top arranger in the Northwest, and possibly the rest of the USA.
Harvey Siders, JAZZTIMES

In addition to more than 40 years as a composer / arranger for film, TV, and other media applications, he has written for bands like Bill Watrous' NY Wildlife Refuge, the Old Tonight show band, Doc Severinsen, Si Zentner, as well as functioning as arranger / conductor / drummer for vocalists Buddy Greco, Julius LaRosa, Frank D'Rone, Sylvia Syms, John Gary, Jenny Smith, and Al 'TNT' Braggs among others.

Early on in his career, he also logged several years as a jazz drummer with artists such as Terry Gibbs, Red Garland, and Denny Zeitlin, as well as years of work as a studio and recording drummer. In addition to his film and TV writing, he has written music for over 700 national commercials, ESPN, ABC Sports, NFL Films, and industrial films and shows for Cadillac, Chevrolet, Volkswagen, American Airlines and Zales Jewelers.