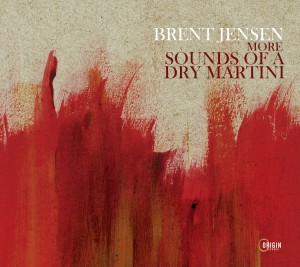 ...SOMEONE needs to remind all of us what an alto sax is supposed to sound like! Auditory riches like a balm in Gilead.
George W Harris, Jazz Weekly

In 2001, alto saxophonist Brent Jensen released "The Sound of a Dry Martini: Remembering Paul Desmond." Resonating immediately with radio stations and their audiences, the album has been a consistent presence on the airwaves and has been streamed thousands of times a week since that technology was first conceived. Some twenty years later, Jensen now offers the house another round. Joined by guitarist Jamie Findlay, his long time partner in interpreting Desmond's works, Jensen improvises new melodies as rich and satisfying as the tunes from which they are based, subtly coloring his lines with romance, melancholy and joy. He shares a stylistic affinity with both Desmond and Lee Konitz in a lyrical sense, weaving singing, free-flowing lines in his own singular voice through Desmond favorites such as "Take Ten," and "Desmond Blue," or standards like "These Foolish Things" and "Alone Together." Supported by an outstanding Seattle cast - drummers Stefan Schatz and John Bishop, bassist Chris Symer and pianist Bill Anschell - Jensen creates another irresistible tribute to an iconic musical voice.

"If this is the sound of a dry martini, then make mine a double. Highly recommended." - JAZZ REVIEW

Reviews of More Sounds of a Dry Martini

Midwest Record (Chris Spector)
So it only took the sax man 20 years to do a follow up to his tribute to Paul Desmond. You want him to repeat himself too much or something? A delightfully classic after hours set of another heaping helping of Brubeck standards with the Desmond touch, this sitting down/thinking man's jazz outing hits all the right notes and then some. Because al ...

All About Jazz (Jack Bowers)
4-STARS Two decades have passed since alto saxophonist Brent Jensen recorded his debut album for Origin Records, Sounds of a Dry Martini: A Tribute to Paul Desmond, in 2001. To Jensen's surprise, the album became so enormously popular that the possibility of a sequel was envisioned. There was, however, one large stumbling block—by 2007, Jensen h ... 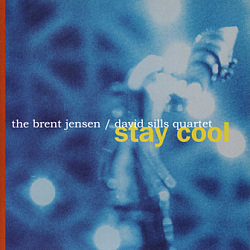