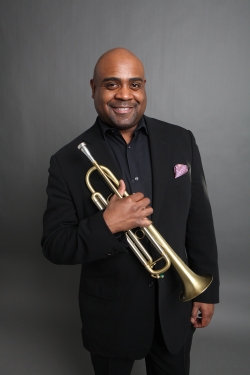 One of the great players of our time, a fabulous trumpet player.
McCoy Tyner

Terell Stafford, acclaimed trumpet player based in New York, has been hailed as "one of the great players of our time, a fabulous trumpet player" by piano legend McCoy Tyner. Stafford is recognized as an incredibly gifted and versatile player, he combines a deep love of melody with his own brand of spirited and adventurous lyricism. Stafford's exceptionally expressive and well defined musical talent allows him to dance in and around the rich trumpet tradition of his predecessors while making his own inroads.

Since the mid-1990's, Stafford has performed with groups such as Benny Golson's Sextet, McCoy Tyner's Sextet, Kenny Barron Quintet, Frank Wess Quintet, Jimmy Heath Quintet and Big Band, Jon Faddis Jazz Orchestra, Carnegie Hall Jazz Band and Dizzy Gillespie All-Star Alumni Band. Stafford with the Hamilton- Clayton Jazz Orchestra, performed on Diana Krall's GRAMMY nominated From This Moment On (2006). John Clayton invited Stafford to perform with the Clayton Brothers Quintet and Clayton-Hamilton Jazz Orchestra. Stafford is a member of the Vanguard Jazz Orchestra and they were awarded a GRAMMY in 2009 for Best Large Ensemble, Live at the Village Vanguard. Stafford can be heard on over 130 albums including his own, BrotherLee Love, Celebrating Lee Morgan, which received a 47th Annual NAACP Image Award nomination. His most recent album, Family Feeling, is a BCM&D release.

Stafford is the Director of Jazz Studies and Chair of Instrumental Studies at Temple University, founder and band leader of the Terell Stafford Quintet, and Managing and Artistic Director of the Jazz Orchestra of Philadelphia (JOP). Stafford is renowned in the jazz world as an educator, performer and leader and has received countless award nominations and accolades. 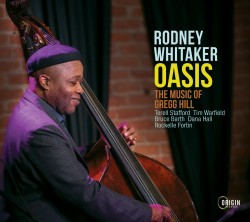