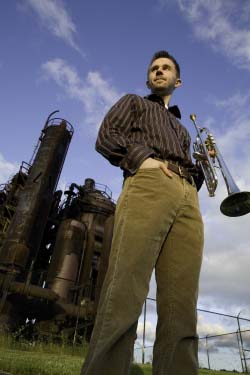 Born on June 7th, 1982, in Everett, Washington, Brian Owen took up the trumpet in his early teens and made rapid headway in music and academic work.

After college graduation, he worked as a cruise ship musician. Taking advantage of his time aboard the ships, Brian refined his artistry as a writer, devoting a great deal of his time to his recent record, "Unmei," which utilized the talents of Seattle musicians, Jay Thomas, pianist John Hansen, bassist John Hamar and drummer Phil Parisot. Upon finishing the recording, Jay Thomas declared, "Brian is a complete musician. He is his own man musically. He is not copying anyone's music. I find that refreshing."