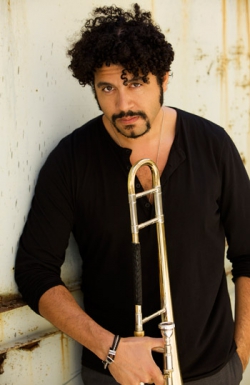 ...For the efforts of Mr. Beavers, the new millennium finds me truly grateful.
-Eddie Palmieri

In a relatively short period of time, Doug Beavers has established himself as a national presence in music, both as a cutting-edge studio trombonist and as an internationally renowned producer, composer, orchestrator and arranger, in a multitude of genres.

Recently garnering a Grammy Award for his work on Eddie Palmieri's star-studded release Listen Here (2005), Doug Beavers has become known for his meticulous attention to detail, natural-born leadership, and his unbridled enthusiasm for music. These endearing qualities have earned him the opportunity to perform throughout the world with prominent figures in jazz and latin music, including Eddie Palmieri, Rosemary Clooney, Giovanni Hildago, and Mingus Big Band.

At the onset of his career, after turning down a full scholarship in Electrical Engineering from the University of California at Davis, Doug decided to answer his calling and pursue a career in music. Shortly thereafter, he attended California State University, Hayward, and earned his bachelor's degree in music, studying classical music theory, classical trombone with San Francisco Opera Bass Trombonist Dave Ridge, and jazz trombone and arranging with renowned educator, arranger and trombonist Dave Eshelman. Doug quickly realized that he wished to take his talents to the national level, and set his sights on a career in New York City.

Doug auditioned for and was accepted into the Manhattan School of Music in 2000, where he studied jazz trombone with Conrad Herwig and studio arranging and orchestration with Mike Abene. Through Abene's teachings, Doug expanded his compositional palette to include scoring for expanded symphony orchestras and film.

Musicians in New York began to take notice, and before long, Doug Beavers found himself amidst many opportunities for performing, composing, and arranging. He completed various arrangements for Conrad Herwig, Terrell Stafford, and many other arrangements for salsa vocalists and their bands. Doug's achievements eventually brought him to the attention of the Mingus Big Band, where he was hired to complete arrangements for the band and earned a regular seat playing with the ensemble, joining them for a Hong Kong tour in 2002.

Doug's reputation on the New York scene quickly brought him to the attention of legendary latin pianist Eddie Palmieri. Eddie afforded Doug the opportunity to bring back the sounds of his historical ensemble from the 1960's, "La Perfecta." through transcription and re-arrangement of the classic repertoire.

The work was immediately deemed to be accurate by Palmieri himself, and the new project La Perfecta II (2001) was born on the Concord label. The album featured a bevy of some of the world's most talented Latin artists, including Dave Valent'n, Brian Lynch, and Tito Puente alumni Mario Rivera and John Rodriguez, Jr.

Always an astute academic of music, Doug Beavers pursed his love for writing for symphonies and large ensembles. Championing the masterpieces of Mahler, Ravel, and Rimsky-Korsakov, he drew on these works for his primary source of inspiration. His work soon earned him the opportunity to fulfill several symphonic commissions, including a Frank Sinatra tribute with the Florida Orchestra and a selection featured by the Honolulu Symphony Orchestra in a concert with Rosemary Clooney. This concert was recorded as The Last Concert (Concord), and was released posthumously in 2003. The live album earned a Grammy nomination, one of four that Doug Beavers has received in his career to date.

Doug continues to look for new artistic and innovative ways to positively contribute to the current musical climate. In 2006, he partnered with drummer and producer Steve Moretti (Rosemary Clooney, Toni Tenille, Michael McDonald) to form Disturbance Productions, a production company geared to offer new, creative and artistic insight to the production of recorded music. Disturbing Productions also makes an active contribution to music education by teaching innovative programs, masterclasses, and clinics to prospective students of music at the high school and college levels.

Currently, Doug Beavers is working on a new symphonic commission for Eddie Palmieri, to be premiered in Puerto Rico in June 2006. He is also working on his first solo release with his critically acclaimed jazz nonet, Nine. 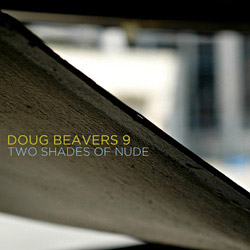