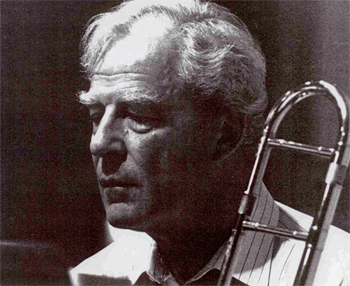 The exuberance and peak quality of this recording is upheld by Doug's above-the-crown writing, symmetry of lines and phrases and resilient team work of hi-octane horn and rhythm players anchored with taste and care...
Dr. Herb Wong / Past President, IAJE

Toronto-based composer, producer and arranger Doug Hamilton has had an unusual history in the jazz business, but he has done much to keep the big band sound alive and kicking.

Doug first picked up the trombone at age 40, inspired by his teenaged son who was also taking lessons at the time. He went on to spend 6 years under the tutelage of Gordon Delamont, and over a decade with master arranger, Rick Wilkins - all while maintaining a full-time medical practice as a surgeon. Inspired by the memorable Stan Kenton, Doug's writing also pays tribute to Bill Holman's contrapuntal style.

Juggling his medical career and his passion for music, in 1979 Doug fouded, led and managed "The Brass Connection," an ensemble showcasing five trombones and a five-piece rhythm section. The band quickly made a name for itself in Toronto and beyond, gigging Michigan, Buffalo, and New York. In 1982, the group recorded a self-titled album that won a Juno award (Canada's equivalent to a Grammy) for best jazz album of the year. 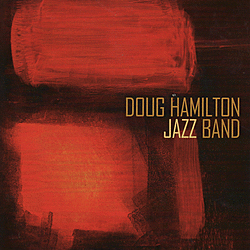