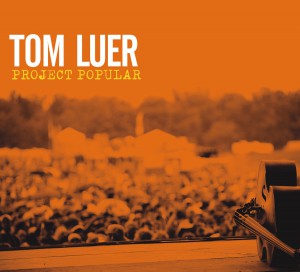 Los Angeles saxophonist Tom Luer's "Project Popular" explores the work of some of the top rock bands and pop artists of the last twenty years, reinterpreting the now classic compositions for a modern jazz ensemble. Along with several originals, the band tackles "Jeremy" from Pearl Jam, "Black Hole Sun" from Soundgarden and Prince's "The Beautiful Ones," among others. With his wide-ranging and always grooving group of LA-based artists, Luer creates a nuanced and highly interactive recording while retaining the visceral power of the compositions that led to their popularity.

Cadence (David Franklin)
In his liner notes, woodwind expert Gary Foster refers to Tom Luer and his cohorts as "young Jazz artists," but they've been around and play like well-seasoned veterans. Still, their youth is a factor in this music, as Luer acknowledges growing up with such Pop music groups as Pearl Jam, Prince, and Soundgarden, whose music he chose to employ as th ...

All Music (Adam Greenberg)
Cross-pollination between jazz and pop music has become something of a mini-trend in the last few years, ranging from interesting fusions and covers on smaller labels up to a high-exposure Grammy for Herbie Hancock's renditions of Joni Mitchell songs. In the same vein, Los Angeles-based sax player Tom Luer reworks a handful of major hits into easyg ... 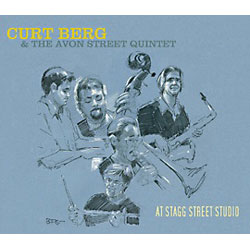