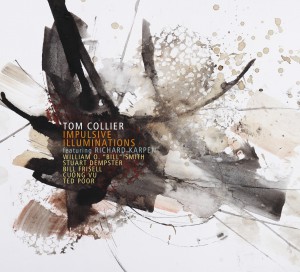 Collier...is so well-equipped academically that his sleight-of-hand solos already are a fascinating study.
Los Angeles Times

For his eighth recording on Origin, vibist Tom Collier assembled a set of five improvised compositions with pianist Richard Karpen to be recorded in a trio setting. Added to the duo for each piece are several of the more empathetic and forward-looking creative musicians of the past 50 years, all who happen to be colleagues of theirs at the University of Washington, where Collier recently retired after a thirty-year career. William O. "Bill" Smith and Stuart Dempster both nurtured his thirst for improvised music in the late '60s through their contemporary music program at the UW. More recently, trumpeter Cuong Vu, guitarist Bill Frisell and drummer Ted Poor have all made dynamic contributions to the program. Here they each contribute to an album that, while abstract and complex, is also full of beauty and emotion.

Midwest Record (Chris Spector)
Celebrating his recent retirement after thirty years as a jazz educator, Collier let's the improv drive him rather than the other way around as he transposes ideas and adds Bill Frisell to the mix. Very George Russell in reminisce vibes are going on here as Collier weaves his vibes throughout, this is a set for eggheads that wear their mortar boar ...

Downbeat (Jeff Potter)
*** On his eighth disc for Origin, mallet man Tom Collier takes a departure with a go-for-broke set of free improvisations. Joining Collier is Richard Karpen, who lends a modern classical sensibility with his bold, cascading piano excursions. A third guest is featured on each track, resulting in diverse tableaus. A recently retired University o ...

KUCI - Irvine, CA (Hobart Taylor)
Not for the inattentive listener, this deeply engrossing music composed by vibraphone/marimba player Collier treads the ground of "pure", non-generic music. This music could be at home in a symphonic concert hall, a jazz night club, an electronic music seminar, or a Zen Center. Collier and his renowned colleagues, (Bill Frisell, guitar, Cuong Vu, t ...

Ancient Victorys (Chris Lunn)
Vibraphone, marimba, and percussionist Collier expands his recording collection. Here he has just five tunes, 10- to 17- minute cuts, each featuring a valued musical companion. Richard Karpen joins him on piano on each of the cuts. "Impulse Illuminations" is a 15-minute collaboration with electric guitarist Bill Frisell. Piano opens quietly in the ... 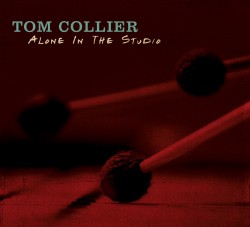 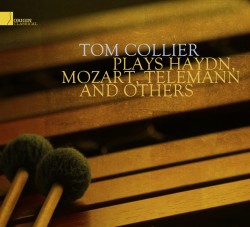