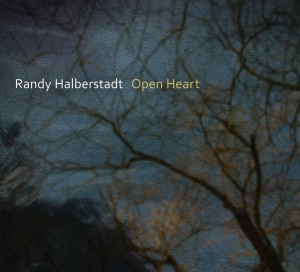 For pianist Randy Halberstadtʼs fifth album, he penned a set of compelling originals along with arranging several classics by Gershwin, Mancini, and even Chopin, orchestrated for an assortment of ensembles from trio to septet. Surrounding himself with some of the most respected members of the Northwest jazz scene, their long history together is apparent with their mutual admiration shining through in the music. A popular pianist, leader and sideman for decades, Halberstadt was also a key faculty member at the Cornish College of the Arts for over 40 years, a composer, author, and a featured soloist with the Seattle Repertory Jazz Orchestra.

All music by Randy Halberstadt, except:
(4) by Frederic Chopin
(5) by George Gershwin
(8) by Henry Mancini

All About Jazz (Paul Rauch)
4-STARS Seattle based pianist Randy Halberstadt has been a major figure on the jazz scene in the Pacific Northwest for several decades, applying his talents as a pianist, composer, educator, and author. He has four previous releases as a leader, most recently with Flash Point (Origin, 2010). So yes, it has been some time since we last heard from t ...

Midwest Record (Chris Spector)
41 years a teacher and he can still hit the ivories in late night/after hours fashion. A jazzbo to the core, he took his time getting this set together, from the writing to finding the right players, and if this is OCD, it has useful applications. Or it could just be strict attention to detail, so much so that it can make structure swing sounding s ...

Earshot Jazz (Lucienne Aggarwal)
Randy Halberstadt, the well-regarded Seattle pianist, composer, bandleader, and longtime faculty member at Cornish College of the Arts, brings us his fifth album as a leader, titled Open Heart. While the cover art effects the typical Seattle winter scene—bareleafed trees and a gloomy atmosphere— this album is anything but grey. The music unr ...