His imprint on this recording is long lasting.
Brian Gilmore

Involved marks the debut of a dynamic young drummer with a sweeping musical sense. From the burning straight-ahead opener "Spastic," to the lyrical "Gentle Soul" by pianist Ryan Cohan and the grooving self-penned "Sonny Like," Watkins paints with a wide brush but also with a focus and cohesion that belies his years. Ubiquitous in his hometown of Chicago over the last several years with the bands of Bobby Broom and Kurt Elling, Watkins relocated to New York recently and can be seen worldwide in his travels with jazz legend Sonny Rollins and Kurt Elling.

All About Jazz (John Barron)
Perhaps the title to drummer Kobie Watkins' debut, Involved, makes reference to the Chicago native's involvement with some of the highest profile jazz artists around. A regular in the bands of saxophonist Sonny Rollins, guitarist Bobby Broom, and vocalist Kurt Elling, Watkins has proven himself a stand-out accompanist, possessing a confident blend ...

Audiophile Audition (Jeff Krow)
Chicagoan Kobie Watkins is most well known as Bobby Broom's drummer for Broom's guitar trio. Kobie has been featured on the Origin Records of Broom. Well, it was high time that Watkins got his own CD to showcase his drumming talents. Involved, just issued by Origin, features many of Kobie's Windy City cohorts. It also shares the wealth generously b ...

All About Jazz (Mark F. Turner)
More recently recognized as a member of guitarist Bobby Broom's illustrious trio, Kobie Watkins has proven his savvy as a fearless drummer and now a leader on his debut Involved. Watkins is no neophyte. A native of Chicago who is also an educator, he was once dubbed in a newspaper article as "Teacher has Alter Ego as Jazz Musician" who has performe ...

Chicago Tribune (Howard Reich)
Finally, drummer Kobie Watkins segues from hard bop to jazz funk to unabashedly romantic balladry in his CD "Involved" (Origin Records). If the constantly shifting jazz languages point to a young musician perhaps trying a bit too hard to show everything he can do, Watkins nonetheless handles it all. He benefits from hard-charging contributions from ...

JazzTimes (Brian Gilmore)
Drummers as leaders often have a difficult time putting their imprint on recordings. Chico Hamilton, the L.A. legend and giant, is the model for today's drummers. Chicago's Kobie Watkins on his album, "Involved" takes the leadership idea seriously. He plays, composes, and has assembled a group of very talented players to speak to the masses. Most ...

Cadence (Larry Hollis)
As far as debut discs by relatively new artists these days, Kobie Watkins' Involved is way above the norm. For a sampling of the diversity of his percussive talent, it spans quite a large stylistic panorama and gives an introductory snapshot of his already expansive versatility. For those out there that haven't met him yet, Wathins first came to ... 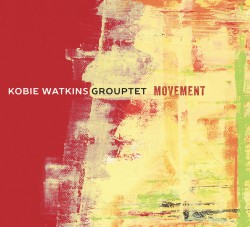