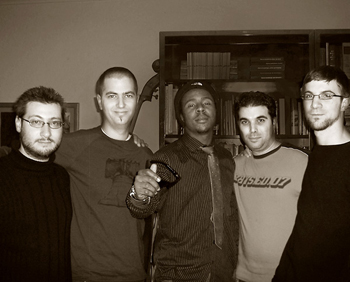 Roy Assaf is a native of Tel Aviv who began his formal classical training at the Tel Aviv Conservatory at the age of 8. He moved to New York in 2006 to study at The Manhattan School of Music.

Roy was named the ASCAP Foundation's Young Jazz Composer in 2008, and made his New York Blue Note debut with the Dizzy Gillespie All Star Big Band in 2007, followed by a European tour consisting of 13 cities.

In 2003, after being awarded several scholarships to the Berklee College of Music, Roy moved from Israel to Boston to pursue his undergraduate studies there. While at Berklee, he studied with such distinguished musicians and teachers as Joanne Brackeen, Danilo Perez, Kenny Werner, Michel Camilo, Richie Beirach and Sonny Bravo.

In May of 2005, Roy was invited to perform at the Promising Artist of the 21st Century Performance Series in Costa Rica. Shortly thereafter, he performed with his jazz quartet at the Phoenix Jazz Festival in Kobe, Japan. In May 2008, Roy graduated from a two-year program at the Manhattan School of Music, earning a Master's degree in Jazz Performance. He was fortunate to be mentored by pianists Kenny Barron, Jason Moran and Phil Markowitz, and great saxophonist Dave Liebman.

Eddy Khaimovich, an Israeli bassist and composer currently living in New York. Since moving to New York to attend the Manhattan School of Music in 2001,Eddy Khaimovich's facility and agile command of the instrument as well, as warm, deep sound and unique musical voice have earned him a solid reputation on New York music scene. His musical diversity, command of both, electric and upright basses and expertise in multiple musical styles has made him an in-demand bassist in genres ranging from classical and jazz to world music and production work as well, as studio sessions.

Eddy was born in Vilnius, Lithuania (former USSR) and immigrated to Israel with his family in 1990. He began playing classical bass at age 15 and soon progressed from classical to contemporary, to world music and finally, at 22, to jazz where his multiform tastes caused him to explore many types of music as a player and a composer. Eddy studied classical bass in Rubin Academy in Jerusalem and jazz bass at the Manhattan School of Music in New York City, where he was granted a tuition scholarship. During each of the years 1995 to 2003, Eddy was awarded the prestigious America-Israel Cultural Foundation Grant.

Early on, Eddy played with top Israeli Jazz artists including the Chassidic Jazz Quartet, led by the great late saxophonist Roman Kunsman. The group used ancient Chassidic Nigunim (chants) as a basis for their free Jazz explorations. In addition, Eddy has appeared in a special feature of the Israeli National Broadcast on the "Kol Ha Muzika" radio channel (2003) featuring his music, as well as receiving coverage from multiple music programs on the Israel Second TV Channel "Shidurei Keshet", Israel Cable Channel 10 and RTVI International TV. Eddy has appeared on the "Night Bird" talk show and in a live broadcast from the International Tel-Aviv Jazz Festival (2003), which was aired in over thirty countries around the globe. 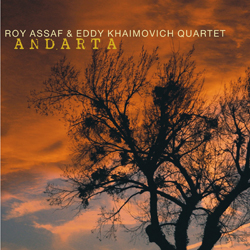