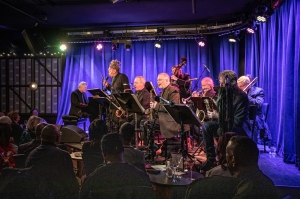 The Metropolitan Jazz Octet (MJO) is the reawakening of a group that started in the 1950's by Chicago saxophonist and arranger Tom Hilliard.

From 1950 through mid 80's Hilliard wrote many of the octets compositions. He worked with Chicago's top arrangers and studio musicians expanding the library to 150-plus charts. In 1959 MJO recorded an album on the Argo label called The Legend of Bix, a tribute to 1920's great cornetist and composer Bix Beiderbecke.

As a professor at De Paul University School of Music, Hilliard taught three current members of MJO to whom he bequeathed his complete library, passing the torch to the next generation.

This new octet started exploring Tom Hilliard's library in 2014, and with the support from the Non-profit Jazz Artist Resource, and has since composed and recorded three albums.

Now lead by Jim Gailloreto, John Kornegay, Peter Brusen and John McCortney, MJO is made up of talented musicians active in jazz and music education in Chicago. Together they create a unique and fresh contribution to the on going spirit of jazz. 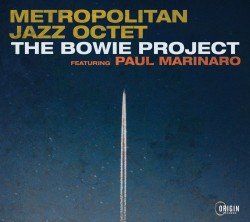