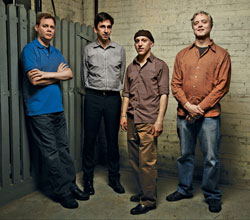 Grupo los Santos has been together for 15 years developing a strong following and individual sound, with a patented blend of Afro-Cuban, Brazilian, Flamenco and NYC Jazz influences; creating unique, original rumba, samba, and funky acoustic music. Drawing from the traditional/folkloric music of the Americas, played with an open and spontaneous jazz sensibility, the band cuts a very atypical profile in New York's Jazz and Latin Jazz scene. The band's love and individual deep study of these musical traditions has born great fruits, both compositionally and in performance and execution. The sound is coherent, focused and intelligent-the music is both classic and forward-looking at the same time-and the expression is original, soulful, high-energy and transcendent of idiom.

Grupo los Santos has worked extensively with Cuban composer/trombonist Juan Pablo Torres: They were featured in his concert of Cuban All-Stars at New York City's Town Hall in 1999, and appeared individually on his 2001 recording Together Again, featuring Chucho Valdez, Arturo Sandoval, Steve Turre, Giovanni Hidalgo and a host of other Latin Jazz luminaries. With Max Pollak, los Santos has collaborated with members of the famed los Munequitos de Matanzas, combining jazz tap and Cuban rumba. In November, 2001, Pollak and los Santos were able to bring their mezcla ("mixture") to its roots: playing a series of concerts in Havana, Cuba. The highlights included a show at the jazz club La Zorra y el Cuervo, and a collaboration with the 11 piece rumba group Clave y Guaguanca as part of Havana's Cuba Tambor festival.

On film, Grupo los Santos has been featured in Como Se Forma una Rumba/How to Create a Rumba by Ivan Acosta (which was shown in Lincoln Center as part of Latin Beat 2001!), and in Latido Latino, a documentary about Latin music in New York City, broadcast nationally in Spain. 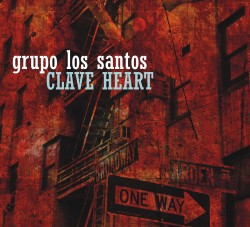