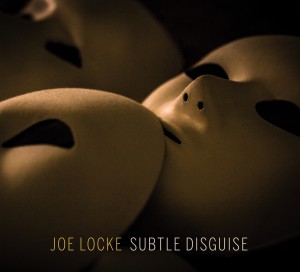 Locke's core quartet doesn't just lift his music off the written page, they make it leap out of the speakers, filling the room with an energy that's almost uncontainable...
All About Jazz

For his 36th recording as a leader, world-renowned vibraphonist Joe Locke has assembled a tightly knit quartet which brings to life a set of diverse and emotionally powerful original compositions, laying the framework for stellar contributions from special guests Adam Rogers (guitar), Dave Binney (alto), and vocalists Raul Midón and Alina Engibaryan. With Locke calling this recording "the total expression of who I am as a musician and human being," subjects of love, loss, history and social awareness are laid out in six new works from Joe's pen and two blues-imbued covers by Bob Dylan and Blind Willie Johnson.

JazzTrail (FILIPE FREITAS)
In a career spanning nearly four decades, vibraphonist Joe Locke conquered a high-ranking place among the most versatile mallet men in jazz. On his latest album, Subtle Disguise, he is edgier than ever, presenting two covers and seven original compositions, which are elevated to a superior dimension by the presence of exceptional colorists such as ...

All About Jazz (Fiona Ord-Shrimpton)
TRACK OF THE DAY Subtle Disguise would not have come to actualization were it not for Locke's collaborators: Locke states that, "Raul Midón's contribution was essential to the project. His vast musical knowledge combined with his deep understanding of the Blues make him a unique artist. The same can be said of guitarist Adam Rogers; he dips into ...

All About Jazz (Dan Bilawsky)
Have we been dealing with two different Joe Lockes for all these years? To some, the vibraphonist presents as a technically adept and intellectually curious seeker, constantly pushing through to new levels of possibility and commitment with his music. But for others, Locke is a conduit to understanding the human condition. This is a dichotomy that ...

Patriot Ledger (Boston) (Jay N. Miller)
Jazz vibraphonist Joe Locke tackles big concepts with his music, so it's not surprising that he describes his latest work, "Subtle Disguise," as the "total expression of who I am as a musician and human being." It also probably unavoidable that such an admittedly autobiographical concept would also touch upon life in America in 2018. Those are g ...

Jazziz (Brian Zimmerman)
Vibraphonist Joe Locke's year got off to a great start - beginning with an induction into the World Vibes Congress Hall of Fame alongside Milt Jackson - and continues to get better with the release of Subtle Disguise, his 36th album as a leader. The album, which features vocalist Raul Midon, guitarist Adam Rogers, saxophonist David Binney and piani ...

JazzDaGama (Raul da Gama)
Despite the word "subtle" in it title Joe Locke is almost completely all brimstone and fire on Subtle Disguise, but this is far from the anger that he is almost certainly fighting against in America. Rather it's the lyric kind of "rage, rage, against the dying of the light" that the great Welsh port Dylan Thomas urged in his great villanelle "Do No ...

Nippertown (Jay Hunter)
2018 Top 10 I got a dizzying taste of Locke's latest in the spring, when the vibes master paired up with pianist Jim Ridl for a duo gig at Senate Garage in Kingston. If just the two of them could spin my head around, imagine the effect when they team up with bassist Lorin Cohen and drummer Samvel Sarkisyan for Locke's most penetrating work to date ...

Milford Daily News (Jay N. Miller)
The best jazz albums of 2018 We wrote about vibist Locke a couple months ago, and this is a delectable piece of work, with seven of the nine tunes here his compositions. "Red Cloud" is a tribute to the Sioux chief, a muscular theme where guest David Binney's alto sax seems to depict things spinning out of control, until Locke's absolutely riveting ...

Traces of Jazz (Italy) (Arturo Pepe)
It is a combative and faded Joe Locke that is revealed in the booklet of his "thin masks", a new work by an artist who will turn sixty this year, a composer and vibraphonist who made his way in the '90s as a man of the new generation and has reached 35 (!) records as a leader, as well as countless sideman sessions in the most varied areas, from Cec ...

Downbeat (Matthew Kassel)
On his latest release, veteran vibraphonist Joe Locke opts mostly for his own compositions, with the exception of Bob Dylan's "Who Killed Davey Moore?" and Blind Willie Johnson's "Motherless Children," both of which feature ace singer-songwriter and guitarist Raul Midón in fine form. Subtle Disguise is, for the most part, a satisfying collectio ...

Jazz Journal (London) (Nigel Jarrett)
It's astonishing to reflect that this super album by vibraphonist Joe Locke is his 36th as a leader. There's nothing about it to dislike, unless it's the fastidiousness that for some might make the arrangements of his tunes feel too neat and its solo eruptions too contained. But that's a reflection of his role as composer – there are just two oth ... 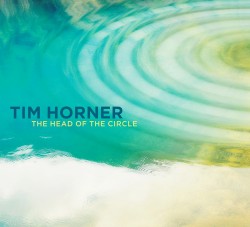 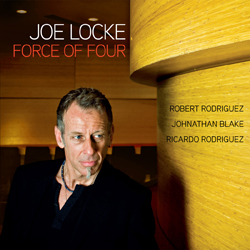