Geof Bradfield with Urban Nomad vaults to the upper echelons of current jazzmen. This is an artist and disc not to be missed.
-Jan P. Dennis / Audiophile Audition

Chicago tenor saxophonist Geof Bradfield returns with a new recording featuring the stellar rhythm section of pianist Ron Perrillo, drummer George Fludas and bassist Clark Sommers. Roundly lauded for his debut recording, Rule of Three, Urban Nomad further displays the rhythmic flexibility, harmonic sophistication and lyrical phrasing of Bradfield's dynamic and vital voice. Through a collection of original compositions topped off by several standards such as "You're My Everything" and "Con Alma," this seasoned quartet plays with undeniable command and conviction. "Bradfield's blowing mixes grits' n gravy with erudition." - Downbeat

Special, for a limited time:
The acclaimed printmaker Amos Kennedy was commissioned to design the cover art for Geof Bradfield's "Urban Nomad." From that art, Kennedy also created a limited edition run of handmade 12.5" x 19" posters available now personally signed by Bradfield, along with the disc for only $30.00. Printed with oil-based inks on chipboard, each heavyweight poster has its own personality, with different color variations and sheen, making each a one-of-a-kind work of art. To learn more about Amos Kennedy, view the new documentary from Laura Zinger - "Proceed and Be Bold" - on this unique artist, or visit his website at www.kennedyprints.com.

To order the CD and poster, contact Chad at: [email protected]

Audiophile Audition (Jan P. Dennis)
Geof Bradfield's debut, Rule of Three, was widely praised in such places and by such critics as The New York Times' Ben Ratliff, Nate Dorward of Cadence Magazine, Downbeat, Howard Reichs in The Chicago Tribune, noted sax player and critic Jay Collins, and by many other media and reviewers. Though I haven't heard it, I believe them, based on the mu ...

Chicago Jazz Magazine (Paul Abella)
Geof Bradfield is the latest Chicago artist to record a superb record for Seattle's Origin Records. Linked to one of the baddest rhythm sections that Chicago has to offer, this album has the whole package: groove, great tunes and stellar soloing. It would be easy enough to end the review here with a two-word benediction?buy this?but instead, I will ...

All Music Guide (Ken Dryden)
Geof Bradfield's second date as a leader shows a great degree of maturity for a relatively young player. Doubling on tenor and soprano saxes, he penned six originals for the session, which includes pianist Ron Perrillo, bassist Clarke Sommers, and drummer George Fludas. "Urban Nomad" is an enticing, melancholy post-bop vehicle that embodies a sense ...

All About Jazz.com (John Barron)
On Urban Nomad, Chicago saxophonist Geof Bradfield and his powerhouse quartet perform with tremendous spirit, maintaining a momentum that is vibrant and infectious. Bradfield's inventive, yet tightly-focused tenor and soprano playing is propelled by pianist Ron Perrillo, drummer George Fludas and bassist Clark Sommers, soaring through a mostly orig ...

Chicago Tribune (Howard Reich)
A noted Chicago tenor saxophonist, Bradfield has had a great deal to celebrate of late. He recently won a prestigious Chamber Music America grant to create a suite of pieces, inspired by a tour of Africa. And he has been performing prolifically in support of his second CD, "Urban Nomad" (Origin Records), and its repertoire is sure to be featured in ...

Jazz Review.com (Thomas R. Erdmann)
Chicago based saxophonist and composer Geof Bradfield was originally born in Houston, Texas. Following high school, he moved to Chicago to attend DePaul University's famous jazz program before moving on to earning a master's degree at CalArts. From there, it was on to New York where he lived from 1994 to 1997. After teaching at Washington State ...

Timeout.com (Concert Preview)
Local saxophonist Bradfield was long one of our chief reasons to see Ted Sirota's Rebel Souls, thanks to his spunky intellectualism and ability to seemingly have fun on the bandstand (harder than it looks). The native Texan is celebrating a new CD these days, Urban Nomad, that should draw further attention to his unmistakable, post-bop-steeped tale ...

JazzChicago.net (Brad Walseth)
Sometimes the right combination comes together at the right time and the stars align. In the case of jazz recordings, success depends on the right songs, personnel, recording qualities, etc... Origin Records must be living a charmed life because their luck with Chicago artists has been exceptional. Most likely it is hard work and good decisions, bu ...

The Davis Enterprise (Ric Bang)
Much time has passed since a tasty, swinging, straight-ahead jazz quartet has come my way; this release by Chicago-based saxophonist Geof Bradfield fills the bill. Originally from Texas, where he began his schooling, Bradfield moved to Chicago and entered DePaul University. He then went on to Los Angeles, where he received a master's degree from C ... 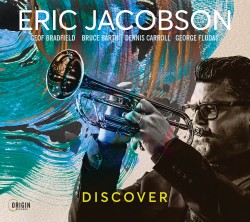 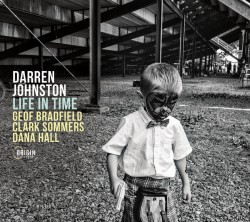