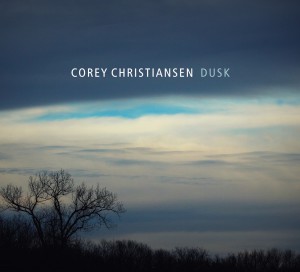 Christiansen and his quintet goose the Americana songbook with plenty of funk and fusion, teasing out dark edges and recontextualizing the music for new generations.
JAZZIZ

The third in guitarist Corey Christiansen's trilogy of albums exploring the grounds between jazz, blues and Americana, is focused on his original compositions - tunes written for people in his life, places been, characters imagined, landscapes seen and the captured feelings from those experiences. The rapport within his longtime band is at its most evolved and empathic, while Christiansen's already prodigious guitar work has found the fluidity and emotive qualities only obtained through their continued collective focus and dedication to concept. "Supported by a responsive rhythm section, alternately supple and clangorous, (Christiansen & Lapidus) imbue the Christiansen tunes with soulful lyricism to spare." - JAZZTIMES.

All compositions by Corey Christiansen except (2), Traditional

Midwest Record (Chris Spector)
The guitar man takes a steep left turn here as he wraps up his jazzy Americana trilogy with original tunes that seem to take smooth/summer jazz into some dark corners where there's a jazzy impression of southern gothic lurking around the next turn. There's a solid little history of modern jazz here lurking in the twists and turns that gives it the ...

Jazz Weekly (George W. Harris)
Corey Christiansen makes his guitar sounds range from folksy countrified to post bop fusion on this collection of mostly originals. A team of Jeremy Allen/b, Matt Jorgensen/dr, Zach Lapidus/key and Michael Spiro/perc go from assertive fusion grooves with rapid note runs as on "Black-Eyed Susan" and the sleekly percussive "Palouse" to a spacious and ...

Jazz at the Library (Anacortes) (John Gilbreath)
Guitarist Corey Christiansen has an innate skill at bridging traditional Americana music with jazz. This wonderful recording is as much a showcase for his emotive and fluid band, as it is for Christiansen's prodigious chops and laser sharp focus. As a suite of original compositions, plus one traditional, "Didn't Leave Nobody But the Baby," Dusk is ...