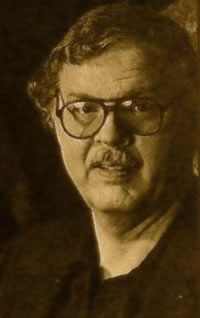 Claude Sifferlen was born into a musical family and began playing piano at age 5, with classical piano and violin lessons. He especially loved to listen to Fat's Waller recordings. After a stint in the army band, he began playing many of the prominent jazz clubs in Indy. He performed with the Woody Herman Orchestra in 1967, and also with Duke Ellington's Group. He was a member of the band for the Jim Jerrard TV Show. In 1971, when the late, great Stan Kenton became ill, Sifferlen took over the piano chair with the Kenton Orchestra, which backed vocalists June Christy, Steve Lawrence and Edie Gorme. Sifferlen was a member of the Baron Von Ohlen Quartet formed by John Von Ohlen. He played with notable jazz artists Buddy Tate, Cleanhead Vinson, Lockjaw Davis and Milt Jackson. In 1970 he formed the Claude Sifferlen Trio with bassist Paul Imm and drummer Greg Corn. He was a member of the Zebra Quartet (playing vibes), which also featured pianists Steve Corn and Steve Allee. Sifferlen could be heard playing at the Chatterbox, downtown Indy, where he performed with Frank Glover, and many others, including Mark Buselli, Ron Brinson-drums, Joe Deal-bass, and the Deep Six Band, formed by Harry Miedema-sax., and director of jazz studies, University of Indianapolis. A major influence on generations of midwest musicians, Claude passed away in Indianapolis in 2010 from prostate cancer.