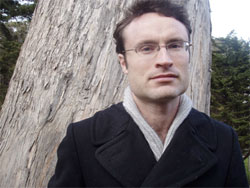 ...a fresh-sounding, soulful endeavor...(Shulman's) approach to playing and composing has the potential to reach a wide-ranging audience while remaining mindful of artistic integrity.
- John Barron, Jazz Review

Adam Shulman has been a staple of the San Francisco Jazz scene since he moved to the city in 2002. Before the move, Adam was a student at UC Santa Cruz where he studied with the great pianist Smith Dobson and the trumpeter/arranger Ray Brown. He received his degree in classical performance under the tutelage of the Russian pianist Maria Ezerova.

In addition to leading his own groups, Adam can also be seen as a sideman with countless bay area musicians and vocalists such as John Wiitala, Vince Lateano, Kitty Margolis, Andrew Speight, Dayna Stephens, Erik Jekabson, Gary Brown, Patrick Wolff, Faye Carrol, Ian Cary, and Mike Zilber among many others.